Might the 2022 FIFA World Cup Need to be Relocated?

Fans of football from around the world are eagerly anticipating the 2022 FIFA World Cup. Once again, the best teams will be pitted against one another with a great deal of fanfare and excitement. While the competitions themselves are certainly engaging, we also need to remember that what goes on behind the scenes may be just as important. It seems as if this statement is even more relevant in these modern times. 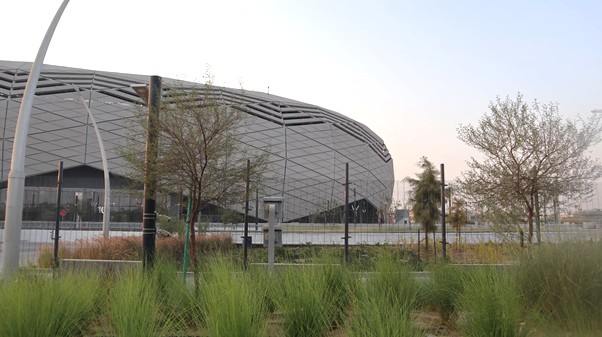 Qatar was chosen to host the 2022 World Cup over a decade ago and yet, this nation has come under a great deal of scrutiny in the past few weeks. Some fans are even calling for the competition to be changed to another venue. What complaints have been lodged and might a relocation be just around the corner?

To be clear, this article is not meant to take sides in regard to the claims made by some individuals. The primary intention is merely to point out what others have been saying. Human rights groups believe that the government of Qatar is guilty of several basic violations; particularly concerning the gay community and migrant workers. As the World Cup draws closer, these statements have become more vigorous and several protests have already taken place across Europe.

Of course, it also stands to reason that Qatar vehemently denies any and all allegations in relation to how it treats its citizens. Sheikh Tamim bin Hamad Al Thani responded to such claims by calling them "unprecedented abuse" against his nation. He also stated that Qatar has done much to ensure the the rights of all nationals are not violated.

It is therefore clear to see that both sides are not likely to find any common ground. This leaves us with an important question. Might FIFA organisers decide to change locations?

There is actually a great deal of conjecture in relation to how FIFA officials may choose to react. Indeed, it is likely much easier to predict upcoming VM 2022 odds than to attempt to read the minds of individuals who have a great deal at stake. The main issue here is that organisers will need to find a careful balance between the logistics of such an event and keeping fans happy.

It is equally important to highlight that the government of Qatar has spent a massive amount of money in the construction of an cutting-edge arena to host the event itself. They are obviously keen to leverage a healthy return on such an investment. The economy of the entire country might even be placed in jeopardy should organisers choose to change locations.

However, the fact of the matter is that little is likely to change; regardless of how vociferous human rights protestors may choose to be in the coming weeks. We need to remember that the FIFA World Cup generates an incredible amount of revenue and ultimately, fans will be focused on the game as opposed to politics.