A bettors guide: Who will lift the NBA Championship?

At this stage of the basketball season it`s fair to say things are still wide open. Admittedly, not so wide open that the Minnesota Timberwolves will come good but open enough that there are plenty of teams who still have a realistic chance of having their names immortalised. 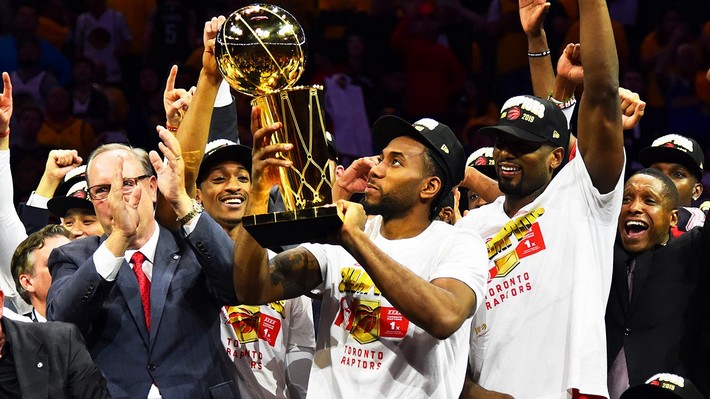 Here we take a look at those in contention and give you our tips as to who will win the NBA Championship.

The View from the Eastern Conference

The Philadelphia 76ers are currently leading the way with MVP contender Joel Embiid the star of the team so far. He`s currently out injured though and their record without him doesn`t make pretty reading; they`ve lost 55% of the matches they`ve faced without him on the court.

Of course, it`s fully expected he`ll be back long before the post-season but they`re still lacking that special something; namely consistency against the other big hitters in the league. They`ve already lost to the Bucks, the Jazz, the Suns and the Nets. For the Championship, they have to be considered outsiders.

The next side we`ll take a look to is the Bucks. There is one huge thing they`ve got in their favour - the two time MVP Giannis Antetokounmpo.

He`s leading the third placed side in points (29.1), rebounds (11.8) and assists (6.2) and with PJ Tucker reportedly due to join in a trade deal as well it could help push the Milwaukee man on to even higher levels - if that`s possible.

As a group of players, they`re certainly capable of reaching the Championship game with a strong defense and the second highest points per game average in the league.

If there is one team who will stop Antetokounmpo and co reaching the showpiece game then it`s the Nets. Sure, their rear guard isn`t quite as impressive but with a trio like Kyrie Irving, Kevin Durant and James Harden, who just recorded a marvellous triple-double, they are capable of blowing anyone away on their day.

They are the one team who can boast a better game average of points than the Bucks and they also happen to be on the best winning streak in the league too having won their last six games. It`s not just the last half dozen game where they`ve been, quite frankly, phenomenal; the Nets already know they`ve got the beating of anyone they`re likely to come up against as the season progresses.

The View from the Western Conference

When it comes to the other side of the league, we could start with a couple of slightly longer shots but why beat about the bush when it`s clear that the LA Lakers are the team to beat?

Of course, that statement takes on two forms; they are the holders after beating Miami Heat last year and they`re also one of the big favourites to conquer the league again. LeBron James is the driving force of the team and looks good value to scoop the MVP award too.

Despite the star studded roster and the fact they give away just 106.3 points per game - the best in the conference - they`re still far from untouchable.

One team that knows that is the Utah Jazz. Jazz beat the Lakers 114-89 at the back end of February and currently top the standings whilst holding the best points differential (+8.4) in the entire league. Why then aren`t the Jazz tipped for success ahead of the Lakers?

Well, there is two main reasons. Firstly, the Lakers have the know-how as to getting the job done when it matters but the main reason is because of form. Rudy Gobert and his fellow teammates had started the season like a juggernaut but their season is at risk of slipping away.

Their last 10 games has seen them lose five but it`s the nature of going win, lose, win, lose that will raise the biggest concerns. They need to find some consistency again - and quick.

Any of the teams we`ve touched on could quite feasibly go on claim glory but who will win the NBA Championship? Our money is heading to the Nets at the moment; with star quality across their starting roster it`s hard to see them getting picked off too often.

And, if you enjoy NBA and basketball facts, check out the list of best players to never make the NBA All Star line-up: https://edge.twinspires.com/nba/the-best-players-to-never-make-an-nba-all-star-team/.