Changes to Look out for in US Sports Betting in 2020 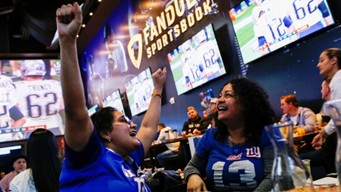 It’s fair to say that the history of online gambling has been chequered in the U.S., with the nation gripped by a deepset moral and regulatory objective to this type of activity.

However, significant progress has been made in this respect over the course of the last decade, with some states are trying to change and legalise all types of online gambling.

Perhaps the most significant progress has been made in the sport betting state of late following a Supreme Court ruling in 2018. But what did this mean for the market, and what further changes should we look for in 2020?

What Happened to the PAPSA Legislation?

It was back in May 2018 that the US Supreme Court ruled in favour of the state of New Jersey, which had made a legal challenge to repeal the Professional and Amateur Sports Protection Act (PAPSA) that had historically banned sports betting at federal level in all but one state.

First passed in 1993, this law had prevented state authorities from legalising, regulating and monetising any type of sports betting, but was ultimately declared unconstitutional by a margin of six to three.

Of course, this law was created solely to prohibit states from profiting from sports betting activity, as the practice of wagering on events was already classed as illegal under US legislation.

However, the state of NJ based its argument on the fact that at least $150 billion is gambled on sports in the US every single year, with an estimated 97% of wagered illegally. The subsequent decision to repeal the act represented a significant victory for the industry as a whole, while it also enabled New Jersey (and other states that had previously legalised online casino gameplay) to leverage a new and potentially lucrative revenue stream.

Following this landmark decision, a number of states have sought to legalise sports betting across both on and offline channels.

These include Pennsylvania, which had followed the example of NJ by legalising online casino gaming. Indiana, West Virginia and Iowa were also quick to regulate sports betting, while New Hampshire, Oregon, Rhode Island, Montana and Colorado have since followed suit and others are attempting to push through similar bills in the near-term.

Will Other States Fully Legalise Sports Betting in 2020?

One state that appears to be on the precipice is Louisiana, which has always had a relatively ambiguous approach to sports betting.

More specifically, while the practice has never been fully legalised in the state, there’s also no express law or piece of legislation that prohibits this type of activity.

In a bid to push forward and legalise sports betting, the Louisiana state recently endorsed two initiatives that would afford voters the right to wager legitimately on college and professional sporting events.

Interestingly, one of the key factors being cited for accelerating these initiatives is the Covid-19 outbreak, which has decimated brick-and-mortar establishments (and sporting events as a whole) and the tax revenues generated on behalf of the state authority.

It’s thought that legalising online sports betting will redress this balance to one degree or another, while enabling the local government to boost its treasury and increase the amount that can be reinvested into the economy.

Rhode Island (which legalised sports betting towards the back end of last year) is also set to launch its debut online sportsbook later in 2020, most likely under the Twin Rivers brand. This operates the state’s two existing brick-and-mortar casinos and continues the trend for established offline brands transitioning successfully online.

Michigan and Virginia are also expected to legalise sports betting later this year, with plans already at an advanced stage and expected to be finalised shortly.

The state of Illinois is also undergoing a similar process at present, although the time taken to create and regulate sportsbooks is taking a little longer than expected here. After all, sports betting was officially legalised by the state authority back in June 2019, with the provision for both on and offline wagering now permitted by law.

Fortunately, a full launch is widely expected in the second half of 2020, with licenses available to the tune of $10 million at present.

As we can see, the sports betting landscape will undergo further significant stages as 2020 progresses, as more states continue to legalise the practice and the demand for such services continues to rise exponentially nationwide.

This will also create the potential for lucrative liquidity pacts between different operators, particularly if Presidential candidate Joe Biden is elected and the 1961 Wire Act is further revised to allow sports betting to cross state lines.

This will be an interesting space to watch in the future, but for now it’s enough to state that the sports betting landscape in the U.S. may soon be unrecognisable from what it once was.