Will Emery last the festive season at Arsenal? 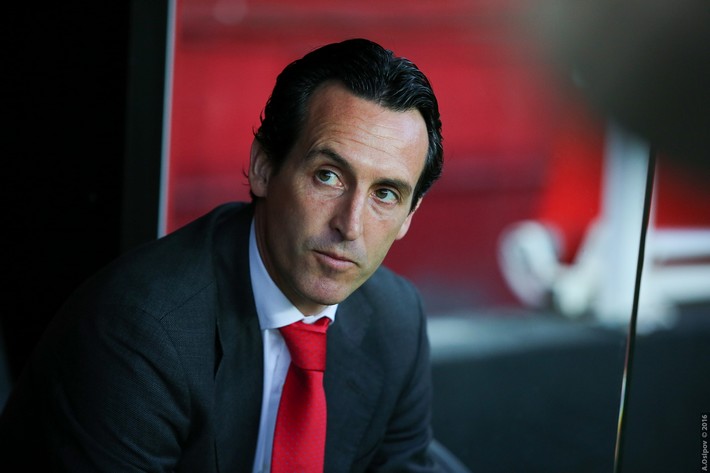 Could Emery be looking for a job in the new year?

Unai Emery is on borrowed time, and the recent sacking of Pochettino at Spurs will have done his nerves no good at all. So could he be the next manager to lose his job?

It seems crazy to think that a manager who led his team to a European final last season would be at risk of being dropped, but that`s the reality of modern football. Just take a look at his opponent in that Europa League final last May. Sarri, whose Chelsea side were the favourites according to the bookies, won the cup, but the Italian was still gone within a matter of weeks.

While expectations are slightly less at Arsenal, Emery will no doubt look at the goings on at Chelsea and Spurs and wonder if he is next. And to be honest, he has every reason to think his job is on the line.

Failing to fix the defense

Despite Emery’s assertion last summer that the central defense was the area that needed the most improvement, he has failed miserably to address the issue. Arsenal’s defensive frailties have become something of a joke as of late, and there’s no sign of any change to come. Both Sokratis and Mustafi have been incredibly inconsistent and, were it not for the goals of Aubameyang and co. up front, Arsenal would be a lot further down the table than they are right now.

The whole choice of club captain was very poorly handled by Emery. He chose to let the players vote for their choice, but this merely turned the whole thing into a popularity contest. Xhaka took the armband and despite the rumblings of the fan base, Emery stood behind the choice. We know how that ended up, and it now looks like the Swiss international has played his last game for the club.

The manager’s failure to take control of the situation makes it look like he may have lost the dressing room. And as we all know, and as Pochettino can attest, losing the confidence of the players is practically impossible to come back from.

So can Emery last through the festive period? We’re not even sure he can make it into December. The manager is just one bad result away from the sack, but with Mourinho now in a job, who would the board turn to? Perhaps they can give Pochettino a job? – Now that would ruffle some feathers!

PREMIUM PICKS
Get more and win more!
Betrush Premium features some of our best tipsters and has delivered over 15,000 picks and steady profits since the start in 2011. We care about serious betting - no makeup, odds are advised exclusively with Pinnacle and the Asian market. Subscriptions are affordable for everyone, starting from just €9.90 per week and cover all picks and tipsters on the BP site
IN FOCUS
Online betting has never been that easy with W88, 23-01
An overview of 188bet, 23-01
1xBet becomes the title partner of the eSports..., 22-01
Super Bowl Betting Guide: Chiefs vs 49ers, 21-01
Latest trends in Online Casinos, 21-01
How to Take Full Advantage of Online Casino Bonuses, 19-01
Tips to Getting Your Brand Out Internationally, 18-01
How New Live Betting Sites are Gaining Foothold in a..., 16-01
Why Betting on WTA Tour is So Unpredictable Today and How..., 16-01
The Casino Market in Portugal Good in 2018, Amazing in 2019, 13-01
A Closer Look at the Gambling Tax Increase in Italy, 13-01
How Can You Guarantee a Safe Play in Gambling?, 13-01
How To Make a Profit Playing Skill-Based Slot Machines, 13-01
How to Avoid Losing on Online Slot Machine?, 13-01
How Online Betting Create a Game of Chance for its Customers, 07-01
How to Win at Online Bingo, 27-12
Spanish Gambling Market Going Strong, 17-12
Jon Jones Heavily Favored To Win UFC 247, 16-12
Videoslots online casino wins legal battle against..., 13-12
Play Online Real Money Slots to Win Big, 11-12
See more +
RESOURCES
Articles - Casino games - Calculators - Livescore