Most Surprising NBA Stars of the Season So Far 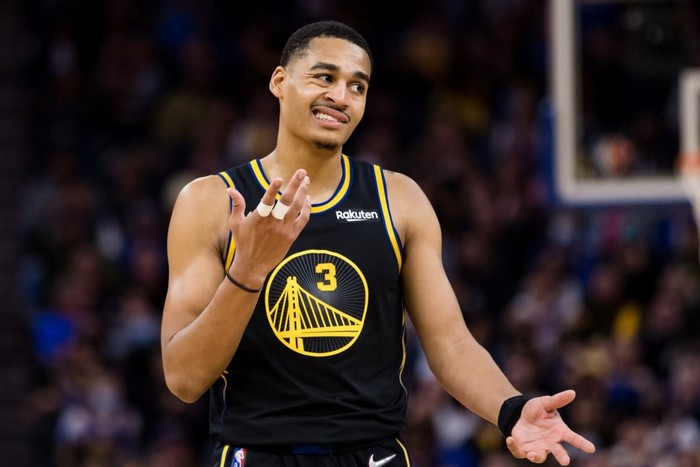 This season was no different but somewhere along the way, most of us find that at least a few of our pre-season thoughts are wildly off.

Meanwhile, everyone is hyped over playoff buzz, let’s focus on who exactly were the surprise packages of the NBA season so far. Which of these names surprised you the most?

We kick off our look at the surprise packages of the NBA season so far with Dejounte Murray; he has enjoyed a surprisingly strong season with the San Antonio Spurs albeit he has flown under the radar somewhat. The Spurs – as a team – have not pulled up any trees, which probably explains why Murray’s name has been lost in the conversation of star players; his stats though show what a good season he has had.

He has averaged 21.1 points, 8.3 rebounds, and 9.2 assists per game while taking on the opposing team’s best offensive player in every possession. Murray has managed to achieve those numbers despite being a target for opposition teams owing to the fact he is a genuine triple-double threat. If there were any doubts about his ability to bounce back from a few injuries, his recent season should put those sorts of conversations to bed.

If you are a Golden State Warriors fan then nothing will surprise you about Jordan Poole this year. If you haven’t religiously followed the GSW though then it’s likely that Poole has caught you off guard. The shooting guard looks like the third splash brother this season. He has gone from sitting on the bench to scoring over 18 points per game alongside Steph Curry and Klay Thompson.

On top of that, he has shot 45% from the field and is posting career-high efficiency from behind the arc. With Poole scoring the basketball like he currently is, this Warriors lineup looks impossible to stop. It’s even scarier when you realize that this kid isn’t even in his prime yet; he’s only 22-years-old.

The Cleveland Cavaliers are having a decent season, which is surprisingly more than just a few people. The Cavs were not expected to compete for anything at all when Collin Sexton was taken down courtesy of a season-ending injury. Darius Garland has stepped up to the plate in a big way though.

Garland has established himself in the team and is consistently putting up 20 plus points per game whilst averaging eight assists per contest as well. The other thing to note on Garland is that he’s playing with a heavily rotated roster without his game being effected; in fact, he seems to make everyone around him better! With Garland at Point Guard, the Cavs should have nothing but positive vibes about the future.

At 32-years-old you can be fairly confident of what you’re going to get from people. Not DeMar DeRozan though – he’s caught everyone off guard. We for one didn’t see this explosive coming, not by a long stretch. DeRozan has upped his scoring average to 28.2 points per game and is shooting at over 50%. You can throw his 23.4 player efficiency out there as well; that’s pushing towards being a career-high!

People might remember the Bulls getting thrown out of the playoffs early on as they struggled against some strong opposition but there are a few reasons for that; namely the fact they had to deal with would-be starters going in and out of the lineup. The consistent feature throughout the campaign though has been DeRozan.

Last but not least we come to the player that we’d describe as the biggest surprise package of the NBA season so far and we are pretty confident that few would disagree; Ja Morant. He’s averaging 27 points per game this year, which is decent in itself, but consider where he was last year and it’s a phenomenal stat; he was only shooting 19 last year!

On top of that improvement, Morant has also been pivotal to the Memphis Grizzlies as they’ve chalked up their second-best ever record in the league season and he now leads them into the playoff series against the Minnesota Timberwolves. Furthermore, he is another player that has seen his efficiency improve whilst his leadership qualities continue to flourish as well. We don’t know what he did in the off-season but, boy, is it working; he looks like a different man out there right now.

There you have it, the surprise packages of the NBA season so far. Will they maintain it through to the end and into next season?