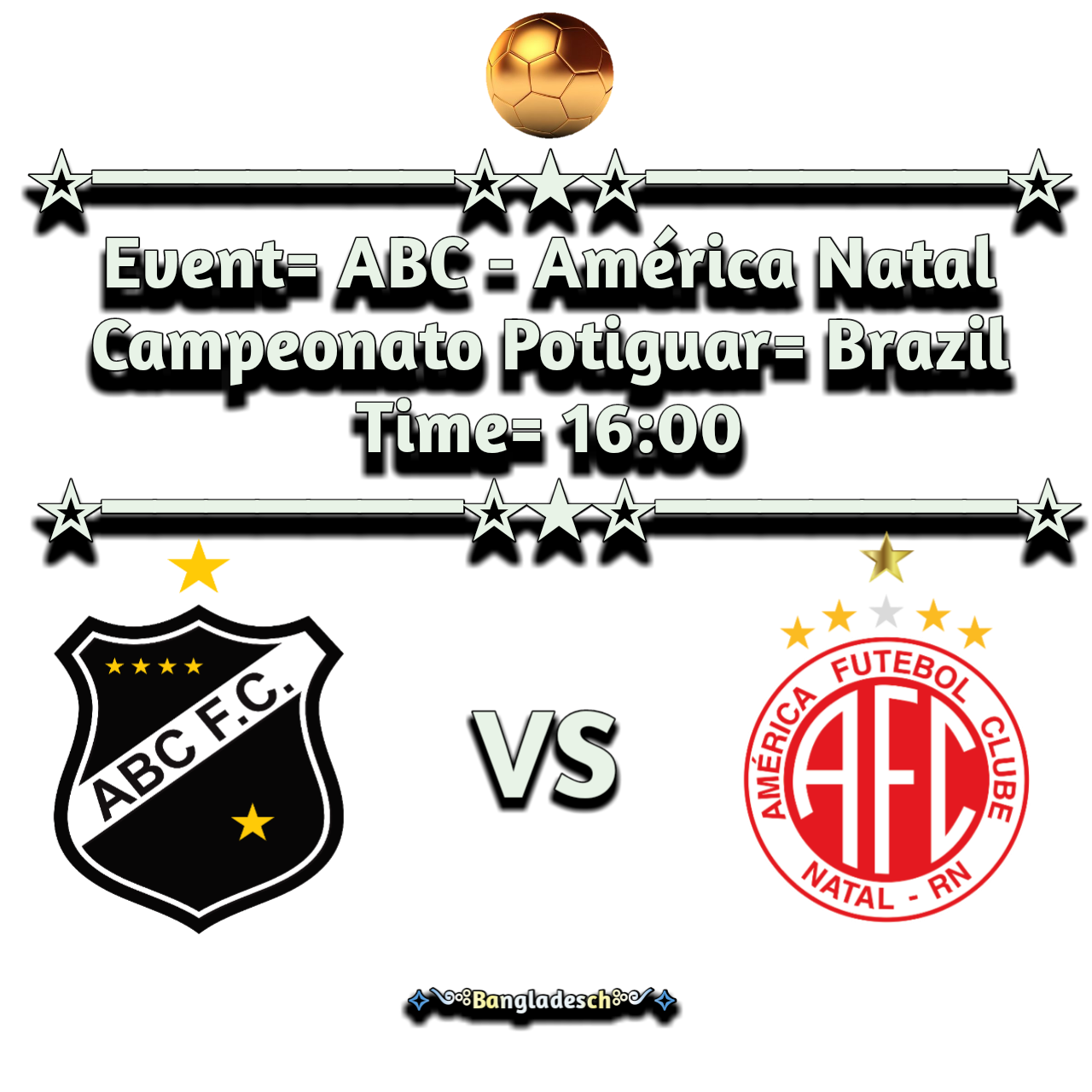 Well, let's go with ABC and América Natal for the Potiguar Championship, then more for Brazil. And we are going with a bet here that I see with value and we have to take advantage of the situation that the game will be.
My tip is America Natal wins with odd 3.17 in Pinnacle.
ABC and América Natal, teams from the Rio Grande do Norte of Brazil, decide the second round of the Potiguar Championship this Monday.
ABC has the best campaign of the competition and can today be champion with a simple draw playing at home.
With this situation, it is very difficult our bet is true. However, América Natal has no other option but to win or win this game and you have to take advantage of the odd offered by the bookmakers for the victory of América Natal.
With the victory of América Natal here, it will force another two games to decide the Champion. So I see a good chance for America Natal to emerge victorious here today.
America Natal has the debut of coach Paulinho Kobayashi as its main attraction and motivating factor. Idol as a player, having been champion of the Nordeste in 1998 for example.
Therefore, we are going with the victory of América Natal here that I see with confidence for this Monday in this match.
Greetings and success...
Published: 07-09-2020, 19:55 CET Pick: América Natal
Odds: 3.17 at Pinnacle