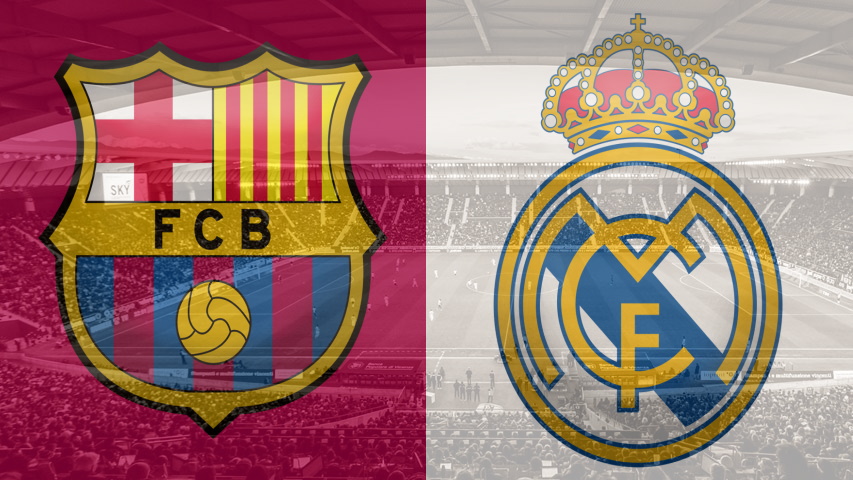 Barcelona host fierce rivals Real Madrid at the Nou Camp this weekend, as the first El Clasico of the season takes place on Saturday afternoon.

Rare is the Clasico which Barcelona head into down in ninth place. Granted, they’re only four matches into the new season, but defeat to Real Madrid this weekend would be disastrous for new coach Ronald Koeman.

Barca surprisingly lost 1-0 at Getafe on last Saturday, taking them into their midweek Champions League clash with Ferencvaros in poor shape.The Blaugrana have only won two of their opening four La Liga fixtures, following a 1-1 draw with Sevilla in their last match before the recent international break.  Again they corrected the impression with convincing 5-1 victory against the Hungarian team even they played last 25 minutes with a player less(red card got Pique) on the pitch. Even players made a truce with a club's board about salary reduction and will negotiate according to the latests reports and dressing room will approach this derby in right mood it seems! Barca is favourite here but will have to do it without first-choice goalkeeper Marc-Andre ter Stegen and Samuel Umtiti  but Jordi Alba recovered on time and is ready. 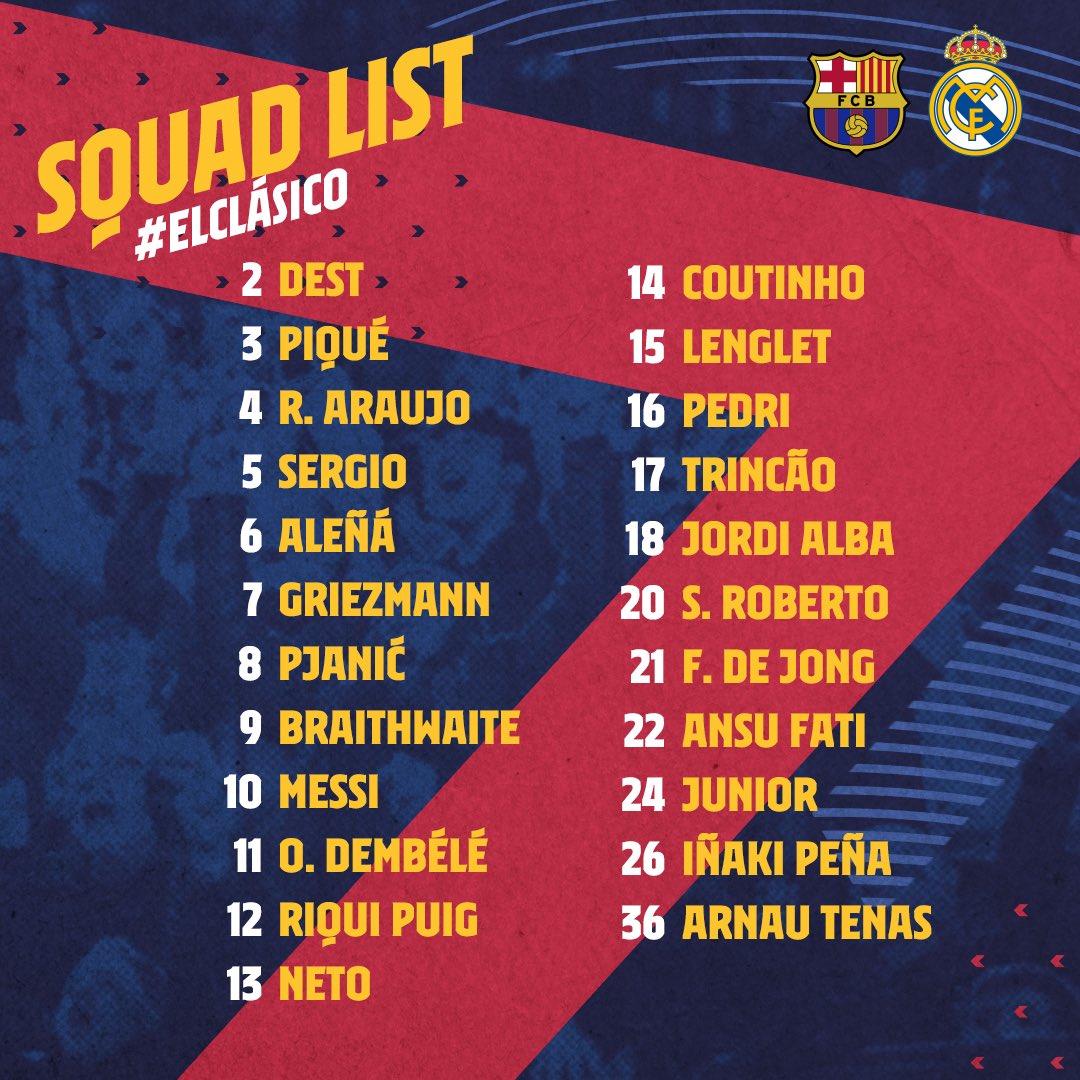 Real Madrid, meanwhile, also suffered a shameful defeat in last league match, going down 1-0 at home to Cadiz. Zinedine Zidane’s side have also drawn once this season, but they have an extra win to their name having played one game more than Barca. The Whites had a tougher Champions League tie with Ukrainian outfit Shakhtar Donetsk, lost 3-2 as a host even visitors had 10 first team players out of the squad bcs of coronavirus. Zidane did rest some of his key players and when they entered(Benzema,Vini,Kroos) in second half situation  was better,scored two goals had a chance to tie but ultimately turnaround failed. Captain Ramos will be ready for this match after missed last one with injury(knock). 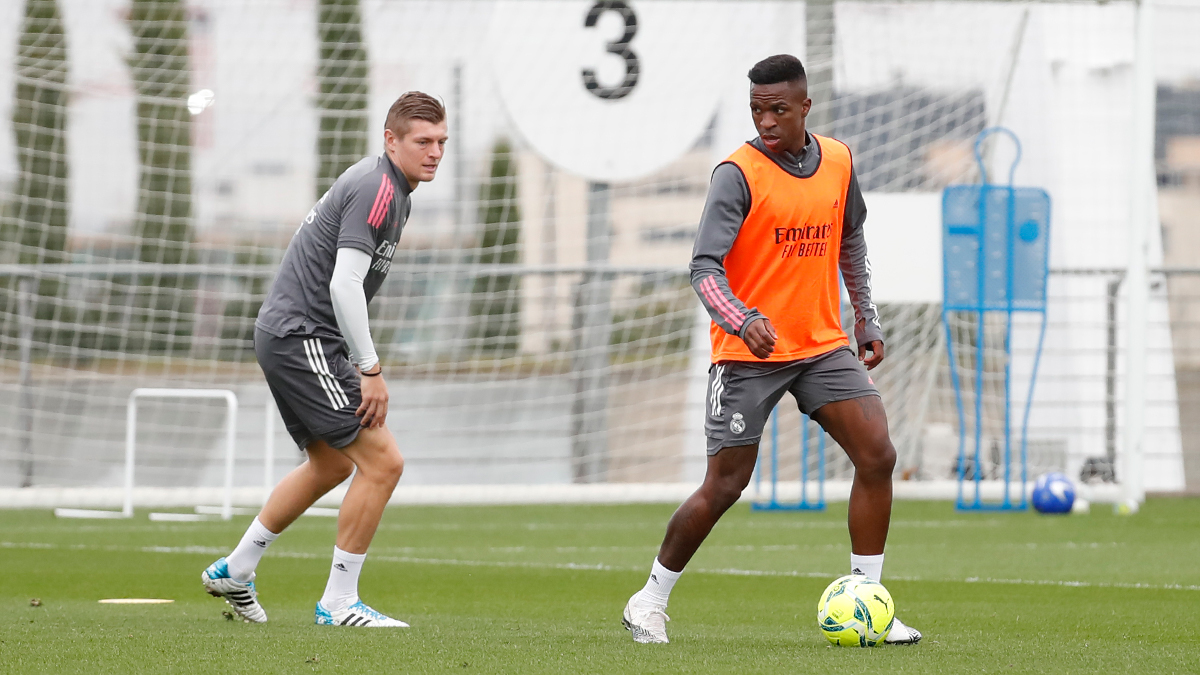 Zidane can't count for this match on Eden Hazard, Martin Odegaard and Dani Carvajal - all are injured. Mariano Diaz and Alvaro Odriozola are a slight doubt.
I will go for goals here even last three matches in LA LIGA were inefficient and were for tips 0-2.
PROBABLE LINEUPS:
BARCELONA (4-2-3-1) 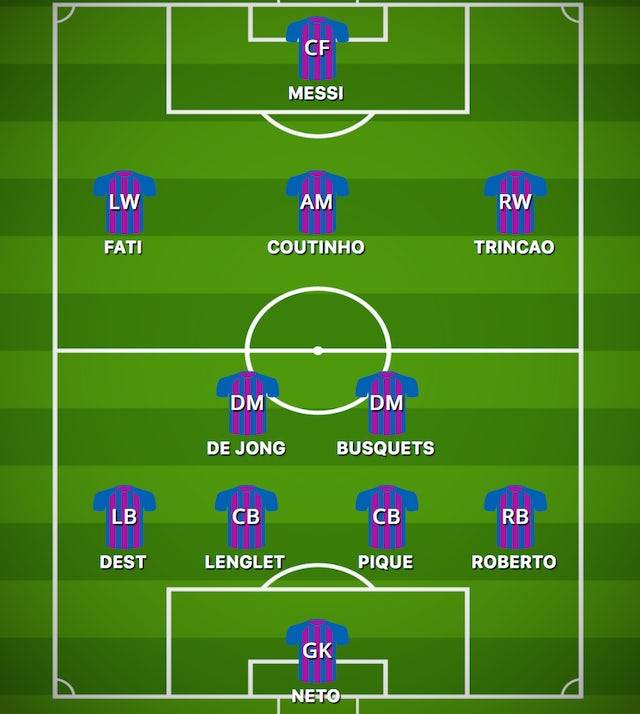 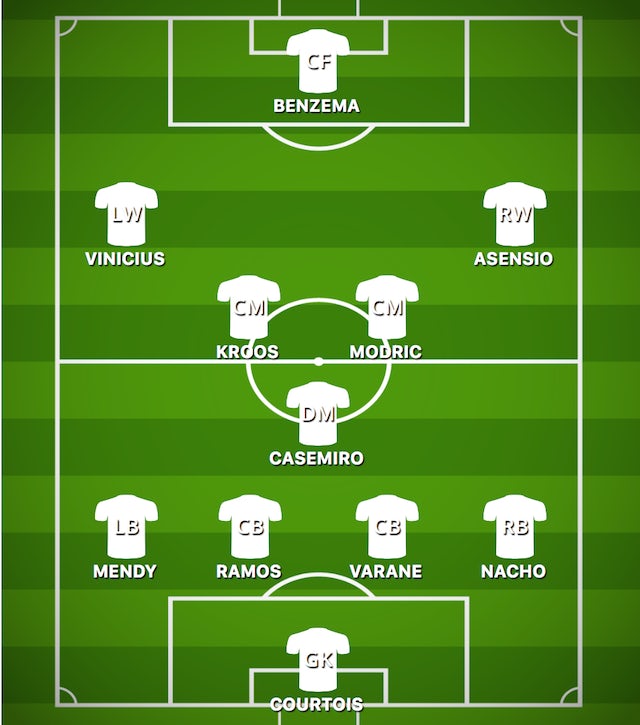