NBA ECF G5(2:30am) -   BOSTON CELTICS - MIAMI HEAT
*series 3-1 for Miami Heat
After Game 4 The Heat are just one game away from the NBA FINALS and they could be just the third team seeded fifth or lower to reach that stage. The composition of their team that  consists of a closer(Jimmy Buckets), a multipurpose big man(Adebayo), shooters all over the floor, veteran savvy(Igoudala,Haslem,Dragic) and young promising player(Herro) is entirely up to that task with great leadship from the bench in coach Spo.
Properly 20-year old rookie Herro, was the best player on the floor in Game 4, scored 37points(career high) from the bench and helped his team to beat the Celtics 112-109 in the Eastern Conference finals. His shot making was unreal and he shot  14-21 from the field in 36 minutes or better stats that describes his super game - he went  with 9 /10 from the field on contested shots . All game harassed Kemba with his shot making or playmaking and its a second game in a row that he was problem from Miami's bench for the Celtics even they won Game 3. 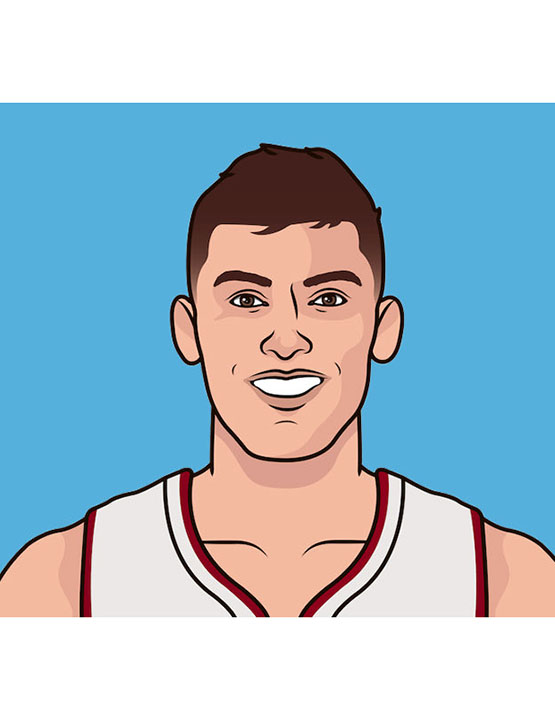 Of course other Miami players stepped up also after tough loss in previous game and contibuted: Butler(24pts),Dragić(22pts) and Adebayo(20pts 12 reb).
First time in this series Miami had lead on intemission and lead almost all game except 20 seconds in the last period. One segment that was key for their win were turnovers. The Celtics lost that battle 19-8 which the Heat turned into 17 points.
Game 5 on Friday could be close-out game for Butler & co. and I believe they can do it.This is the 12th time Miami has taken a 3-1 lead in a best of seven series and the Heat won each of the previous 11.
As far as the Celtics, they were flat for three quarters in Game 4. Again had problems with Miami's 2-3 zone defense and the most important didnt hit shots. Tatum had 0 points(0/6 FG) at the half-time and was out of sync on offense. He came to life in the second half and scored all of his 28 points after the break. Kemba added 20, Hayward had 14 and Smart finished with 10points(3/12 FG) and 11 assists.
Entering Game 4, I read Boston had lead for almost 75% of the minutes in the first three games of the series and that wasnt enough for them bcs they managed to win only one of those games.
In this one they had imperative of a victory but with some sloppy offense and bad shooting for 3quarters, they put themselves in tough postion to play early from behind, what at the and proved crucial. C's didnt have energy for that last push and  now find themselves in a 3-1 hole.
Adebayo had some shoulder soreness after the game, but I think he will be a full participant in Game 5.
I think the Heat could close them in the next game and bcs of that good odds that bookies give us will take Miami's win with high stake.
For safer bet I again suggest over points on line 209, 209.5.