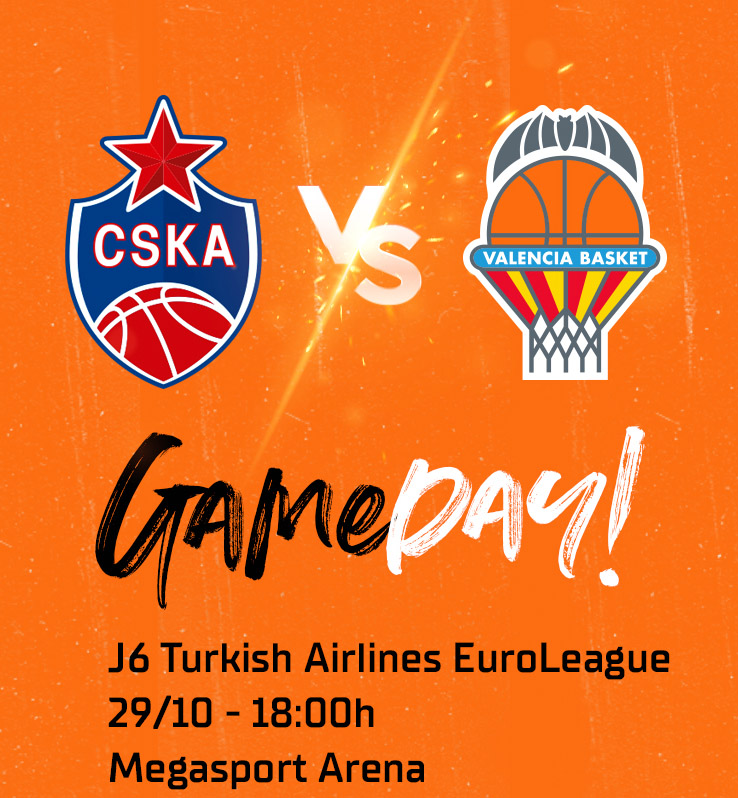 Last week I had winning picks on over points in the Euroleague even was lucky bcs both games went to OT.
I said games this season are more on under in these early rounds. Here for me if Valencia repeats some of the shoothing quarters from that match with Zalgiris  points should be money. Spanish team shoots many threes and has good shooters from behind the arc.
CSKA had two bad losses(Alba,Crvena Zvezda) in the Euroleague and has to win here in their gym. I think they play the best when they play faster but with Zvezda their offense was lazy only Hackett(29pts) played all game excellent while James was more facilitator. That has to change and Clyburn & James need to start strong from the start,if Mike starts bcs Itoudis played him from the bench several games in a row. Bolomboy(leg) won't play tonight while Lopatin and Strelnieks returned to practice.
Valencia has great team depth and coach Ponsarnau doesnt overplay his guys. They had game in Endesa League two days ago, hard fought victory 78-77 with Obradorio but key guys played around 20 minutes. Should be good game and if Dubi & co make surprise here that wouldnt be
upset bcs this team is a real good.
Published: 29-10-2020, 13:21 CET Pick: Over 157 pts
Odds: 1.73 at Pinnacle