CS Alagoano - EC Juventude:
The team coached by Marcelo Cabo is doing extraordinary things, newly promoted occupy the second place in the standings with 31 points just three points behind leaders Fortaleza.
This meeting will have great motivation for them.
CSA can have the best players to face Juventude tonight at home, they want to close the round with the victory!
Also the last reinforcements have been hired, this evening the midfielder Wellington Silva has the great opportunity to make his debut.
Maceió, AL, 01 (AFI) - Without losing nine games, CSA is returning to promotion beats, but only two wins have been recorded in nine matches, as well as a draw three times in a row.
Now the CSA wants to finish the first round of the Brazilian Serie B championship in the first four positions.
And for this he needs a simple victory against the modest Juventude.
The coach Marcelo Cabo will most likely repeat the same lineup that saw him draw 0-0 against Avai last round of the season.
The Azulão do Mutange has all complete, no problems absent or disqualified!
Among the last reinforcements announced by the council, only midfielder Wellington Silva is the one who has the opportunity for a starting position, as he has been training for two weeks.
In addition to him also bought the midfielder
two weeks with the cast, but Jhon Cley and striker Neto Barola, but at the moment can not be deployed, are waiting for permission from the federation.
CSA:
Lucas Frigeri; Celsinho, Leandro Souza, Xandão and Rafinha; Yuri, Juan, Didira, Daniel Costa and Niltinho; Alemão.
https://m.futebolinterior.com.br/futebol/CSA-AL/noticias/2018-08/serie-b-csa-tem-forca-maxima-para-fechar-turno-com-vitoria 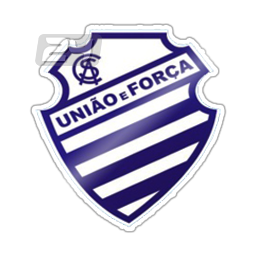 On the other side we find Juventude, placed at the thirteenth place of the ranking with 24 points, they face this difficult trip with low morale after losing 0-3 at home against the leaders Fortaleza.
Jiventude has the task of maintaining the series.
Unlike the CSA who has made reinforcements to remain in the top four positions, Jiventude is still looking for reinforcements to maintain the category, they are looking for attackers as they boast the worst attack of Brasilerao B.
https://m.futebolinterior.com.br/futebol/Juventude-RS/noticias/2018-08/diretoria-do-juventude-admite-busca-por-reforcos-para-o-ataque
For this game, the coach will have to do without many of his players, can not count on the goalkeeper Matheus Cavichioli, right-back Felipe Mattioni and the attacker Bertotto are all three disqualified, mind striker Elias has just passed the his injury and will be in great doubt.
https://m.futebolinterior.com.br/futebol/Juventude-RS/noticias/2018-08/diretoria-do-juventude-admite-busca-por-reforcos-para-o-ataque
Final analysis:
"It's the end of the first round, if CSA wins it has a great chance to reach 34 points and temporarily reach Fortaleza, a big step forward not only for morale, but also for promotion, we could detach their pursuers.
CSA has great motivations to win this match, as the maximum support of their fans, they have a great desire after three consecutive draws to return to victory, they will do it with the best training and their new reinforcements.
Place now before the share collapses, excellent choice to bet on the victory of the CSA, Juventude has many absentees, is still lacking in the offensive phase in search of reinforcements, it will not be easy to cancel the internal defeat against Fortaleza, in front of their audience for CSA is now is the time to return to victory, they will do it with the best men!
Vamos CSA!
Good luck friends.
Published: 02-08-2018, 15:31 CET Pick: CS Alagoano
Odds: 2.06 at 1xBet