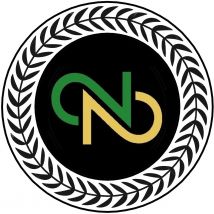 I wondered to bet on goals for Cesar Vallejo as a whole in the match, because U. San Martin are desperately weak and get a lot, but the stats of both teams and especially those of the guests are great to look for goals until the break. In addition, after the loss of the hosts from Academia Cantolao, obviously everything can be expected, because they do not have a chance for first place, but the option for goals in the first half is still very attractive.
Cesar Vallejo are 4-2-1 (11:5) at home and at first glance they have to crush their opponent. It is true that they do not score many goals, but against such an opponent today we should expect such. Cesar Vallejo scored to the break in 4 of the 7 games so far, but in two of this three matches, in which they didn't, the hosts didn't score and to the end. I rule out such an option for today. The only time Cesar Vallejo scored all of their goals after the break was in the match against Ayacucho, where they were behind with 0:1 after the first 45 minutes. Three days before this match, they visited Olimpia Asuncion in the match for Libertadores and for this reason the hosts started without some of their titular players in attack, who got some rest. Because of the result, they appeared after the break and Cesar Vallejo turned the match and won, so again they only needed one half with the starters to score their goals. Apart against Ayacucho, the hosts conceded a goal until the break and against Academia Cantolao in the 0:1 loss, so Cesar Vallejo are 6 out of 7 in the matches with goals in the first half.
The guests are like a traveling circus that comes to make happy the fans of the host teams. They are 0-1-6 (5:20) and did not concede at least three goals only in a one single match-in a tie against Academia Cantolao (2:2), which are the last in the bottom in the standing and against them U. San Martin received only two goals! They received at least one goal in every of their away matches to the break, but the interesting fact is that U. San Martin scored in 4 of 6 of this games and all goals was in the first half.
With these numbers for both teams, I think that at least one goal before the break is a great option for this match.
Published: 19-06-2022, 01:59 CET Pick: Over 0.75 goals in First Half.
Odds: 1.578 at Pinnacle