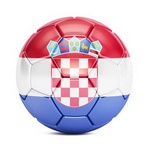 Cibalia is celebrating its 100th birthday and will play against Croatia U20.
Croatia U20 is in very good composition, although not the best, but the majority of players come from Hajduk II, Dinamo II, and Osijek II. Along with them are the rest of the top 2.HNL players like goalie Labrovic. Croatia U20 looks like a representation of 2.HNL.
Cibalia is competing in the same division and is one of the weaker teams. Today they are without the best player Galic, without Tadic and under the question mark is Orsolic. In addition, coach Mladina announced that the opportunity will be given to all players and the major minutes will be given to young players.
Croatia U20 has no bad player in this selection, while Cibalia's squad is very narrow and will suffer when rotations occur.
I find it hard to expect anything other than winning the Croatian U20.
FREE PICK FROM VERIFIED SERVICE:
https://www.betrush.com/verified/3797.html
Published: 20-08-2019, 15:02 CET Pick: AH2 -0.5
Odds: 2 at bet365