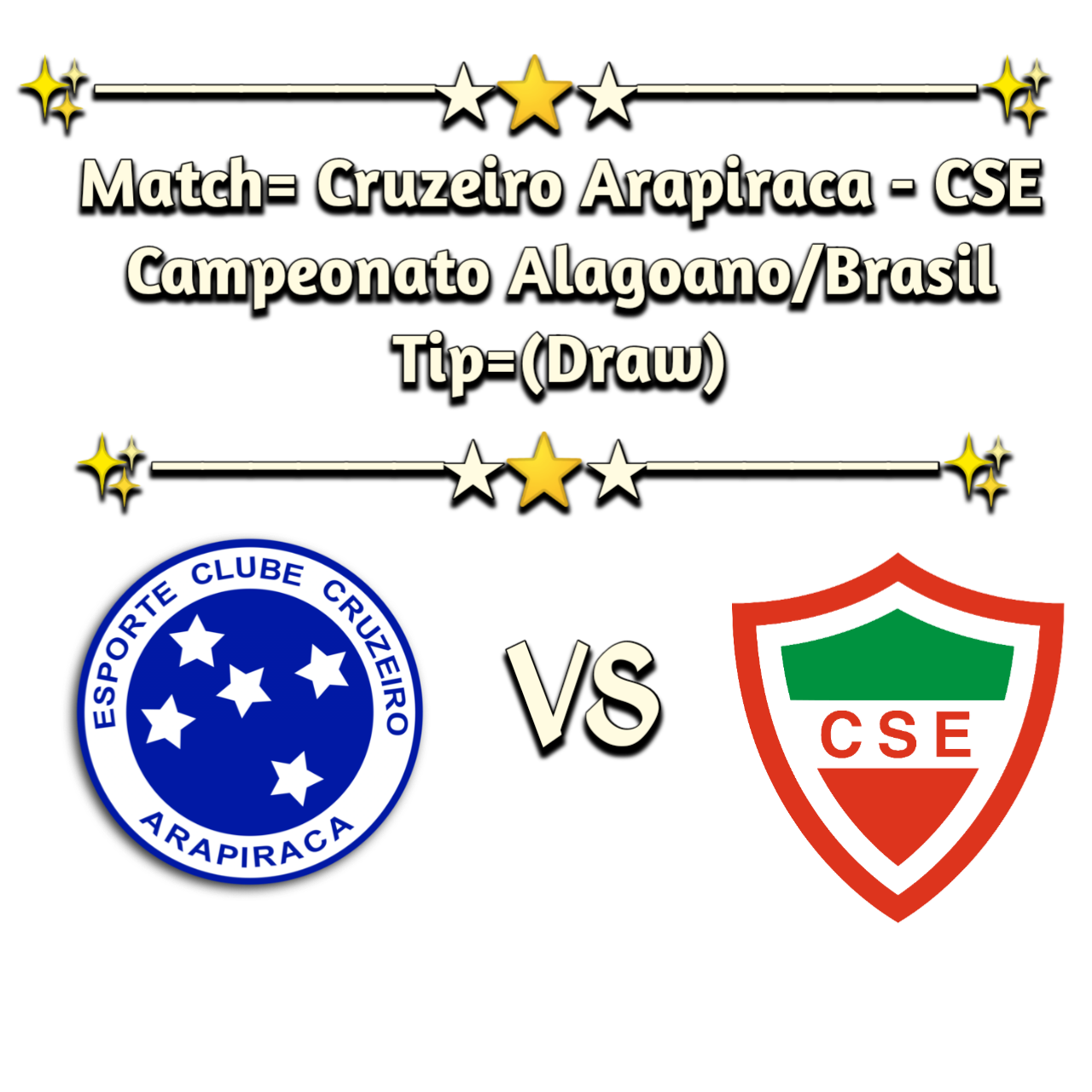 Match = Cruzeiro Arapiraca - CSE
Campeonato Alagoano = Brazil
01/23/2022
Typ = Draw
Odds = 2.90 (William Hill)
Well, this Sunday many state competitions start in Brazil and one of them on its first round is the match between Cruzeiro de Arapiraca and CSE.
Cruzeiro de Arapiraca has this name in homage to Cruzeiro de Minas Gerais, which is a great team known in Brazil and also in the world. Cruzeiro de Arapiraca was born in 1983, but in 1997 it no longer played any competition and closed its activities.
In 2019 the team returned to its activities and in 2021 it had an excellent campaign, thus reaching the main competition in Alagoas.
So we have here a meeting between two very ambitious teams. Cruzeiro de Arapiraca was champion of the 2nd division, he got stronger and has ambitions to try to make a good campaign in the elite of Alagoas.
On the other hand, CSE was one of the most outstanding teams of last season and is even stronger technically to repeat the good performances of last season. Given so much balance and apparent positive points, we must have a fairly equal game.
So, I see here we have a tie in this game. We are going with this bet that I see with a lot of value according to the situation that these two teams arrive. Let's go green...
Greetings and success...
Published: 23-01-2022, 17:57 CET Pick: Draw
Odds: 2.9 at William Hill