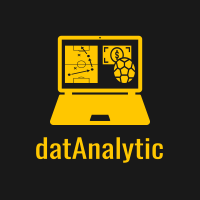 Here we have a Champions League qualifier. It is a match between Crvena Zvezda and Pyunik Yerevan. This is the first European match for Crvena Zvezda. They have seriously strengthened this season, as shown by the results in the Serbian Championship. They brought : Osman Bukari, Aleksandar Pesic, Kings Kangwa, Stefan Mitrovic, Nemanja Milunovic and several other young players. They left the club : Milan Gajic, Richairo Živković, Cristiano Piccini and several other unimportant players. I watched Zvezda all the games this season and I can say that they look really good. Pyunik Yerevan is the champion of Armenia last season. They had only one point more than Ararat-Armenia. They changed a lot this season. They don't have any great quality in the team. They have a lot of problems in the defensive line for this game. Three of their central defenders were injured. There is a big difference in quality between these two opponents. I expect an easy victory for Crvena Zvezda. It should be noted that Zvezda plays very well in its stadium.