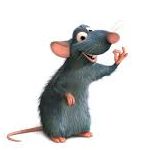 Probably If you'll look better you'd find better odds for Suduva to score, like 2.60 at my local bookies, but I don't chase specific odd here, rather than making some slight profit. Crvena Zvezda has nice market value overall, but value is just artificially pumped because they are serbians, and just like croatians they tend to sell players for many many euros, despite not worth it. As a quick example we get Nemanja Radonjic
worth 6 million, but if you get a romanian player with same or better skills he won't be worth more than 1 million. Get my point.
Zvezda overall is good team, but I don't believe they would win the title in Romania for instance, and it's highly unlinkely we'll get them in Champions League group phase in the next 100 years. Zvezda surpassed Spartaks (latvia) with 2-0 aggregate result, despite a good offensive performance at home (and this overall result is quite mediocre). Suduva managed a beautiful surprise overall 3-2 win vs APOEL, a team with big european experience and with value at least as good as Zvezda's. But yet again, serbian market value artificially pumped up by the fact they are serbs and no other argument.
I think Suduva can focus and penetrate the net at least one time tonight, against a mid level opponent such as Zvzda.
Published: 24-07-2018, 14:28 CET Pick: Suduva over 0.5 goals
Odds: 2.4 at Unibet