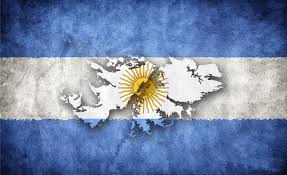 Region: Argentina
Category: Primera Nacional
Round: 27
Match: Defensores de Belgrano vs. San Martín (San Juan)
Start time: 19:35 CET - 15:35 ART (-3 GMT)
Tip: Defensores de Belgrano to win (draw no bet).
They are 2 candidates to fight for the second promotion, because they are already very far from the only direct promotion.
- After not accepting the resignation of the coach in the initial rounds, Defensores de Belgrano settled down and come to this game with a streak of 10 undefeated games (5 wins).
- Playing at the Juan Pasquale stadium, they only lost their first 2 games, and accumulate 10 games without losses (4 wins and 6 draws).
- This will be their third match in 10 days, and they won the previous 2 without conceding goals.
- One of their starting defenders would return (Maximiliano Centurión).
- San Martín equals 9th place with their rival (both in the playoff zone), but with 1 game more than the "Dragón".
- Unlike Defensores de Belgrano, they arrive after losing their 2 previous matches (without scoring goals).
- In the last game, one of their starting central defenders (Matías Escudero) was injured. He would be replaced by Augusto Aguirre.
- San Martín only won 1 of their last 12 matches on the road (lost 7 and drew the remaining 4).
Published: 02-08-2022, 23:35 CET Pick: 1 DNB
Odds: 1.6 at bet365