NBA WCF G3(3:00am) - DENVER NUGGETS - LA LAKERS
*series 2-0 for the Lakers
Here we go again with another bet on the Lakers. Last game was more tight even almost all game Denver chased LA. Finally when they got the lead down the stretch, AD hit that clutch three as time expired to give the Lakers 105-103 victory and 2-0 lead in the Western Conference finals. Jokic had great closeout on him although there was miscommunication btw Plumlee and Grant on defense who will pick up him on the switch but Davis hit great buzzer beater and only after that you can say hat down and congrats.
Tough loss for Denver and in G3 we could see easy win by the Lakers.My reasoning is that in Lakers case this win also will boost you mentally or in Denver's case breaks you or Denver will surprise us all and will play like all this playoff when they were down.
I think that Lakers will basically finish the job in this game. Respect for the resilience from the Nuggets bcs they made interesting this game after another rally when they were down by 16 points and had the lead with 2 seconds left in regular time.
If we analyze that G2,Denver played better defense, coach Malone went to PJ Dozier instead to G. Harris in the forth quarter and young fella delivered with great game especially on defensive end, though he missed some key free throws in the crunch time. Jokic had good all-round game(30pts 4reb 9ast 4stl), MPJ was great from the bench and they should win this game but they didnt. The Lakers gave them the chance with 23 turnovers and game itself wasnt pretty at all but when you have two of the best players in the NBA you will have always a chance until the end and AD proved that.
James was dominant in the first half with 20pts, finished the game with 28pts 11reb but in second half they went to AD(31pts 9reb) and was fun duel btw Jokić and him. Nikola scored last 12 points of his team and Davis 10,that was nice back and forth. 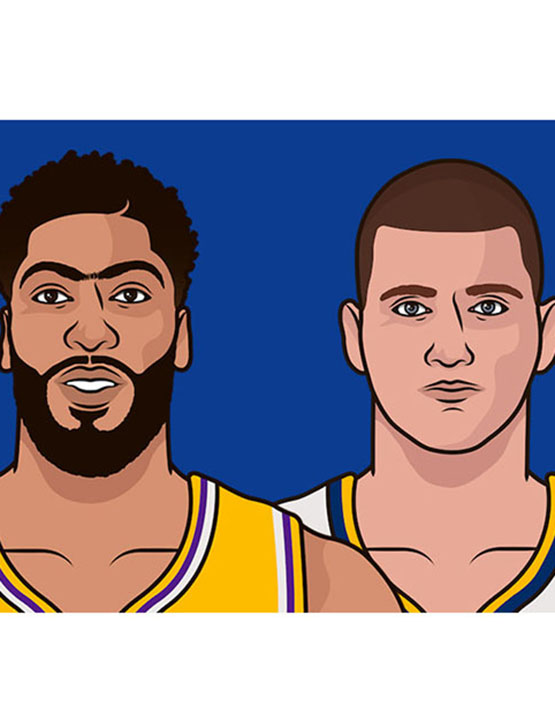 The Lakers had more offensive rebs(13/7) and shot more from the field, hit more 3s,but if they correct turnovers like in G1 when they had only 11 I think LBJ and co. will win by 6points.
Denver also had a chance in this game bcs had +14 free throws than the Lakers even they gave the ball 19 times but against LA's defense is tough and they had 16 turnovers in Game 1.
To summarize for our pick to be successful LA  has to correct turnover ratio, go more on the charity stripe than in previous game and to win rebound battle.
Published: 21-09-2020, 11:59 CET Pick: Lakers -5,5 points
Odds: 1.72 at bwin