NBA WCF G4(3:00am) - DENVER NUGGETS - LA LAKERS
*series 2-1 for the Lakers
After I missed my last two bets in this series, decided that will play on points in Game 4 and cheer for my Nuggets. Respect for them, great performance in last game and after that 'W', final score(114-106)  we almost have a series here not like many tought genlte sweep by the Lakers. Again LA is favorite maybe 65%/35% but challange for Denver will be to repeat showing from last two games to have a chance to make a surprise and to throw out LA.
In Game 3, Nikola Jokić got the Nuggets started, the bench provided a major boost in the second quarter, things looked good until the fourth quarter. Denver led by 18 points at the start of the last period but then the Nuggets got sloppy and LA gave it one last big run that trimmed the lead to three points with 3minutes left in the game.
Then Jamal Murray(28pts 12reb 8ast) confirmed his status as a newest superstar of the league, hitting some incredible shots(two 3s) and controlling the tempo of the game in the closing minutes.
Game ball should go to J. Grant(26pts, 10-12 FTs), bcs when the Nuggets desperately needed someone to step up and be a third scorer beside Jokić & Murray, He answered the call. Grant spends energy on defensive end on stopping  LBJ & AD and had tough first two games but in this one he was game changer. Denver will need that third guy in next games to give a fight to the Lakers.
Grant has been the third most important Nuggets player in all three of the Denver's playoff series this season behind two stars. His defensive versatility has had him as the primary defender against opposing teams best players (Mitchell,Kawhi,PG#13,LBJ,AD).
MPJ and M.Morris also had nice roles from the bench. 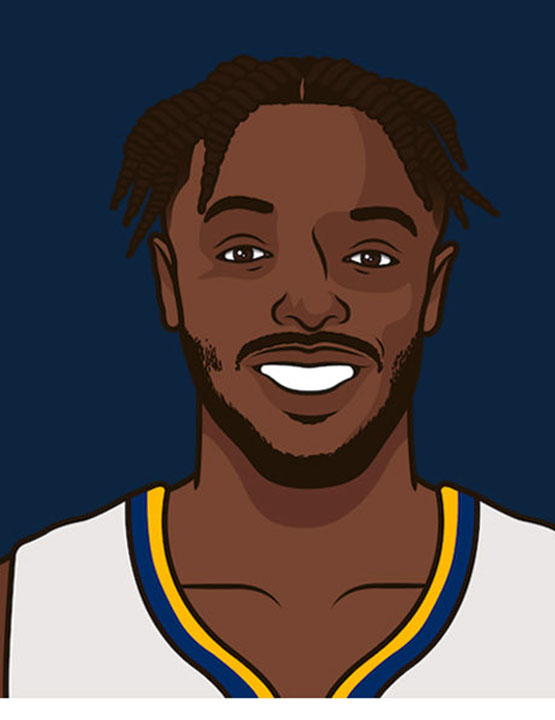 At the other end LA was all game lethargic,only Rondo came to play. With his defense and steals the Lakers came to life in last period. They had two chances to tie the game but both tries for three were bad unsuccessful and Murray put the Nuggets on his back like I said before to close the game. How LA played, the best indicator is that AD caught first rebound four minutes before the end of the game. He had 27pts,2reb and his teammate LBJ(30pts 10reb 11ast) triple-double but majority of his points came in the fourth quarter. The Lakers supporting cast had tough shooting night where Kuzma(11pts) and KCP(12pts) gave some contribution while others arent worthy to be mentioned.
D.Green and A.Caruso have some small injuries but they should be ready for Game 4.
I will go on over points here,yes that this deep in the playoff defenses are important but think that we will see over points on this medium line that I took.