ATP FRENCH OPEN, CLAY 1/64 - FINALS - DJOKOVIC - BERANKIS
Again will ride with Djoko here and under games after liked what I saw from him yesterday in match against M.Ymer. Schedule for tomorrow isnt ready yet and I don't know time of the match at the moment.
For my taste Djoko's game looked better yesterday than all tournamant in Rome evan he had Ymer as opponent who hasnt experience and game for clay to produce something in these matches against top guns. Mikael was easy bite for Nole(60 62 63) and Djoko hadn't mercy for him evan Ymer played in his sneakers.:))) 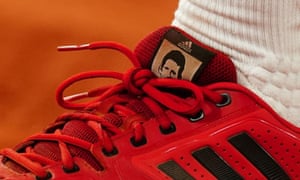 After match Ymer said that he felt like a prey on the court and compared his situation with the the situation when constrictor kills his victim. All match Nole used drop-shot well and he said like I mentioned in my last preview that these conditions suit his game. Some guys on this site said the opposite but ok.
Berankis passed in the second round with nice win (61 64 64) against Delien,claycourter, and didnt lose serve all match. This is his best result here and we know that for his tennis style faster surfaces are better. Theyplayed two times on hard and score is 2-0 at the moment for Nole. Last match was at CINCY Masters and Ricardas gave good fight there to Novak(76 64).
I dont know if Berankis will be able to give some resistance again tomorrow like he did month ago but for me this should be the real pick.
Published: 30-09-2020, 15:56 CET Pick: Under 27 games
Odds: 1.69 at 1xBet