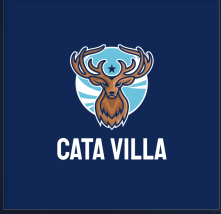 E.Escobedo - T.Kwiatkowski
1/16 final on Orlando Challenger.
A clash between two strong players on their serve, and a match that can offer a lot of games with few chances of break. I presume a long match between them, and this odd in my oppinion is a valuable one. Bet365 offer odd 2 for over 22.5 top of the market in this moment.
Both players came after tournament on Little Rock where both lose at Jack Sock. Kwiatkowski won in first two rounds at Kozlov and Ritscahard and lose in 3rd round with Jack Sock after a 3h match.
Escobedo like i said he lose at Jack Sock on Little Rock after he pass in first round by Donald Yound in straight sets and stopped after Sock won in marathon match of 3h and half with 3 tiebreaks.
All the stats leads to a long match and in my oppinion could be easy covered by both players.
Good luck!!
Published: 08-06-2021, 15:37 CET Pick: Over 22.5
Odds: 2 at bet365