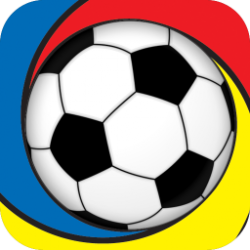 Wanted to release CFR DNB at first, but I believe CFR will mostly want to keep distance in front of FCSB. They have a two points advantage and, with five to go, they just have to maintain it. As it stands, only Craiova could really pose problems to CFR, but they will lose contact soon with the leading duo, so don't think they will really be a threat. CFR, apart from the defeat against Craiova, play well, they also took the super-cup against FCSB and wins in the playoff apart from Craiova. FCSB is under pressure, with Coman injured, Tanase lacking focus, Cretu suspended and keeper Vlad goofing. Coach Petrea is under constant pressure for his job and everybody knows that club owner Becali is calling the shots during games. FCSB lost last two games and played bad. Against Craiova they were man up for almost a full half and not only they didn't manage to score, they conceded. Against Sepsi, they again play badly. Atmosphere can't be good and game will be played on neutral venue, at Giurgiu, no real advantage for FCSB. Pantaru, Filip, Coman and Buziuc injured, Cretu suspended at hosts. Cretu and Coman regulars. CFR without first two keeper choices, although their third, Sandomierski, is ok and Ciobotariu, Luis Aurelio and Cestor. Latovlevic is suspended, but he is crap and probably wouldn't have played anyway. I believe this to be a dull, low scoring game, and main CFR concern to be to keep the difference to FCSB.