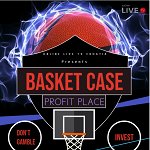 We are again against the market, but we have high respect and expectations from the FMP team this season. We had already two bets on them and this is the third one now.
One was great, the second one was terrible but we were watching the match and we just felt after one moment they just stopped fighting and that match was not realistic. It was a friendly match but this is a different story now.
They did not take all of these players to play only in the national championship. They  want to make it to the Champions league, they have a good roster, they play at home and we are betting on them.
Ofcourse, Breogan coming from maybe the best league in Europe, they are a great team who won all four preparation matches with great results (Porto  +21 and +27, Bilbao +20 and Ourense +38) and they are favorites here with reason. But they will not have the same level of motivation like FMP on home court, they arrived in Belgrade yesterday late at night and if you are asking us, this is a 50-50 match in the worst case scenario and we see value in these odds.