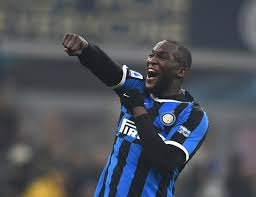 Maybe, this is a game in which will be decided the Brazilian champion.
This is penultimate round in Brazilian Serie A. Flamengo is second with 68 points (one less than Internacional). Flamengo has 20 wins, 8 draws and 8 losses. They have the best attack in the league with 65 scored goals and conceded. At home, they have 10 wins, 4 draws and 4 losses. In this match for Flamengo wont play D.Alves and Thiago Maia.
If Internacional havent lost two rounds against Sport Recife, the title would be almost theirs but they chose the more difficult way to reach the title. Internacional hasnt been Brazilian champion since 1979 and I'm sure that they are very motivated to win the title after more than 40 years. They have 20 wins, 9 draws and 8 losses. They have scored 60 goals and conceded 33 goals which makes them a team with best defense. Away Internacional has 8 wins, 5 draws and 5 losses. Boschilia, Guerrero and Moledo would not play today.
This is very important game for both teams and because its a match for the title, I think they will play more cautiously and not to lose. So I will play under 2.5 goals. Flamengo has 15 under 2.5 games this season, while Internacional has 20. At home Flamengo has 10 overs and 8 unders, while Internacional away has 5 overs and 13 unders.
Because its a match of high importance for both teams, I choose to play under 2,5 goals.
Good Luck!
Published: 21-02-2021, 12:09 CET Pick: under 2.5
Odds: 1.89 at 188bet