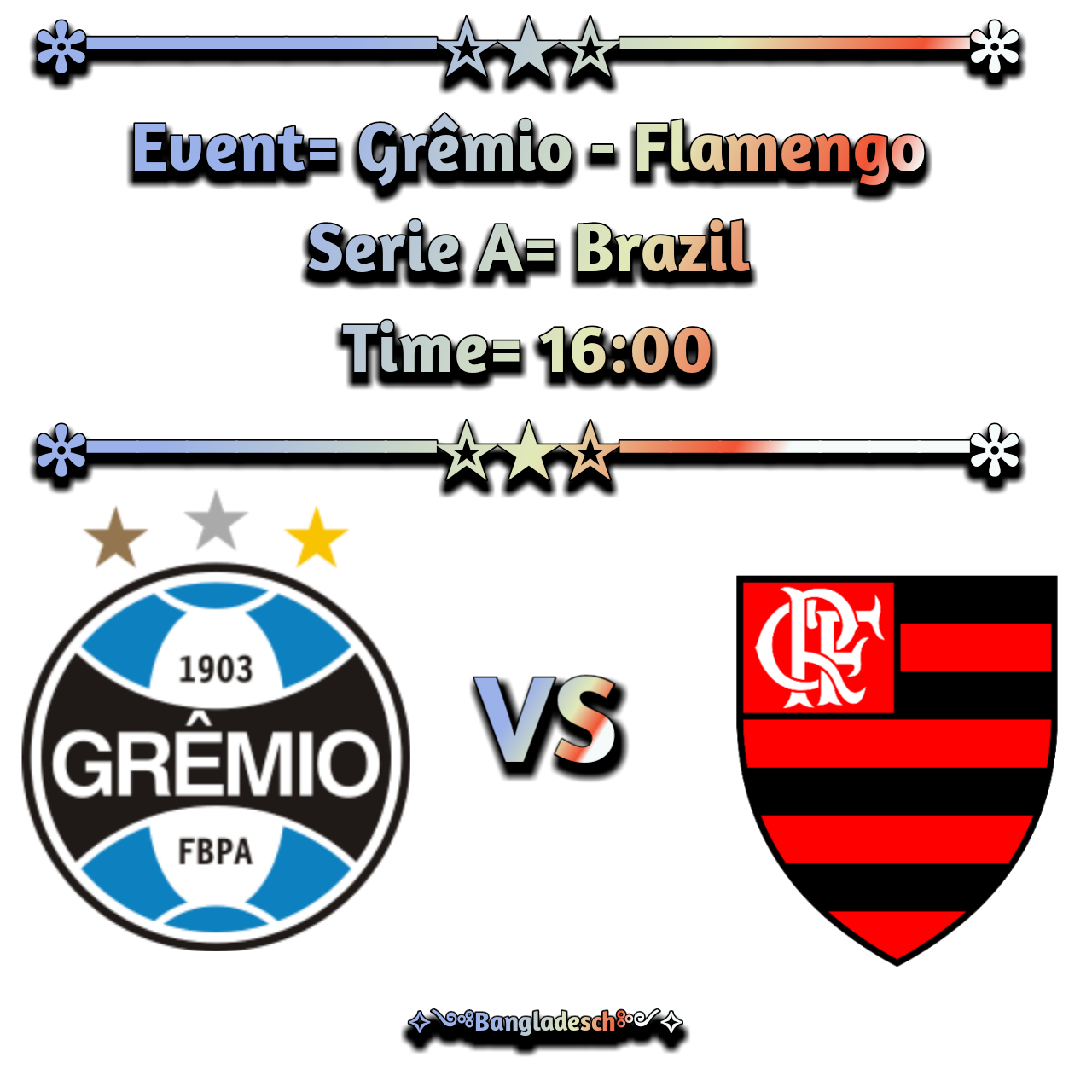 Well, I couldn't predicting this important and great game between Grêmio and Flamengo today for Serie A in Brazil. And we go with a bet that I see with a lot of value and we go with confidence with it.
My bet is win Grêmio with odd 2.07 in 188bet.
Grêmio after being eliminated exactly by Flamengo in the Libertadores, is very concentrated with the Serie A and wants a classification for the Libertadores next year and is in a very good position in the table.
Flamengo has today the last game before the great final of the Libertadores. So the head is beyond that in this match I see and is even in a very good position in the leadership.
Well, Flamengo is true that he does not lose many games, but I trust the victory of Grêmio today for the following reasons:
Grêmio is very thirsty for the revenge for the humiliation he had with Flamengo when losing in the Maracanã 5-0.
In addition, Flamengo played in the middle of the week with Vasco and Grêmio had a greater time of rest and preparation.
Therefore, we go with the victory of Grêmio today in this great game that pay us well.
Greetings and success...
Published: 17-11-2019, 18:56 CET Pick: Grêmio
Odds: 2.07 at 188bet