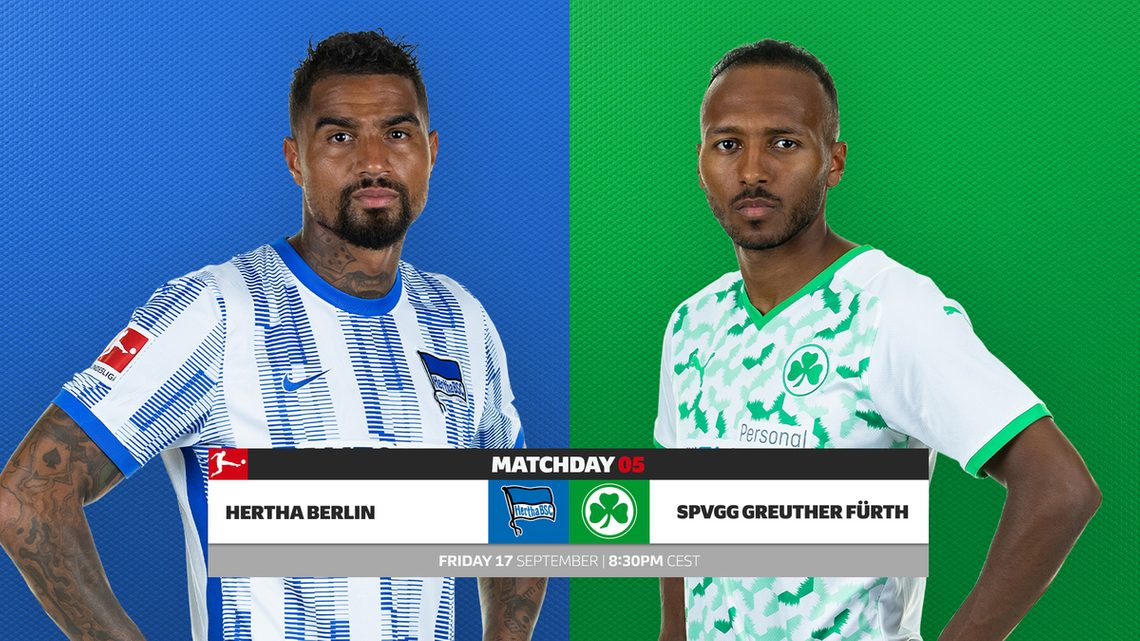 Will the tension within the club affect Hertha's performance today? The relationship between Bobic and Dardai has been quite tense lately. The win against Bochum calmed things down a bit, but for Dárdai to stay as coach, the Berliners will have to win again today.
Hertha have a lot of injured players, so I think they are unlikely to win by a goal scored.
The state of Hertha's squad - Davie Selke, Marvin Plattenhardt and Krzysztof Piątek trained with the team for the first time on Tuesday, Dárdia's son Márton Dárdai resumed training on Wednesday, Lukas Klünter and Jordan Torunarigha are injured, Rune Jarstein is recovering from a chronic illness, while Stevan Jovetić will also miss out.
Fürth will have to get used to the Bundesliga atmosphere for the time being.  Stefan Leitl's side have managed just one point in the first four rounds. The reinforcements arrived late in the transfer season and the squad is also full of injuries. Jessic Ngankam, Gideon Jung and Robin Kehrt are still unavailable. While browsing the Fürth fan site, I noticed that Sascha Burchert has received a lot of criticism. The visitors' number one goalkeeper is considered one of the team's weak points. According to many fans, he is not a Bundesliga level player.
Hertha have a much stronger squad than visiting Fürth. The win in Bochum may have broken through the stiffness in the Berlin club's players. I expect at least two home goals.
Published: 17-09-2021, 17:24 CET Pick: 1.5 over Hertha Berlin
Odds: 1.8 at bet365