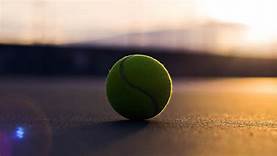 There is no much to say really here,
Hamburg it's coming towards end with a lot of missings of Top tennis players due tanking or other reasons.
Some of them ,came here seriously to push further until the final and one of them for sure is RUUD that impress me day by day with his gameplay, especially his great perfomance against Djokovic a few days ago in Rome.
He continues here with the same passion and today he face Humbert that despite his good appearances so far, he shows signs of tiredness and low pace.
Watched - and bet him- against Vesely ,but it's clear that he is almost with empty batteries.
Lots of UE's and 2nd serve that sucked in Big!!
Almost every point that was coming from 2nd serve was lost and luckily from the other site of the net was Vesely, thus today, with Ruud ,he will not have the luxury to do the same.
Odds are not something special, but if you respect them in times, this match deserve your attention.
Best of luck to whatever you choose ;)
Published: 24-09-2020, 23:32 CET Pick: Ruud
Odds: 1.54 at Pinnacle