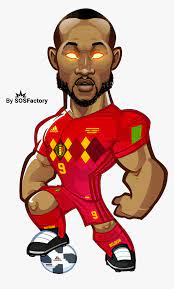 For me Inter is obvious favorite here.
Inter is the leader of Serie A and the team is the best in Serie A til now. In 20 rounds were defeated only once, 4 times played draw and all the rest matches they won. Simone Inzaghi will have all important players available, only third gk Cordaz and the young Satriano are not available for Inzaghi.
Starting 11 for Inter:
Handanović, Skriniar, De Vrij, Bastoni, Dumfries, Barella, Brozović, Calhanoglu, Perišić, Lautaro, Dzeko.
Juventus has a lot of problems this season. They are 5th on the Serie A table with 38 points. After the turbulent start of the new season, they are playing much better now and are unbeaten in the last 8 matches, where they gor 6 wins and 2 draws. In the last round they were losing against Roma at Olimpico 3-1, but from 70 to 77 minute they scored 3 goals and took the win. De Light, Cuadrado, Chiesa and Ramsey are not available for Allegri.
Juventus is in streak of 4 matches in a row without a defeat from Inter.
Starting 11 for Juventus.
Perin, De Sciglio, Rugani, Chielini, Alex Sandro, McKennie, Rabiot, Locatelli, Bernardeschi, Kulusevski and Morata.
All in all, Inter is in better form and has better roster. Simone Inzaghi already has defeated Juventus in the Super Cup, I'm hoping for another one.
Published: 12-01-2022, 20:23 CET Pick: Inter
Odds: 1.86 at 1xBet