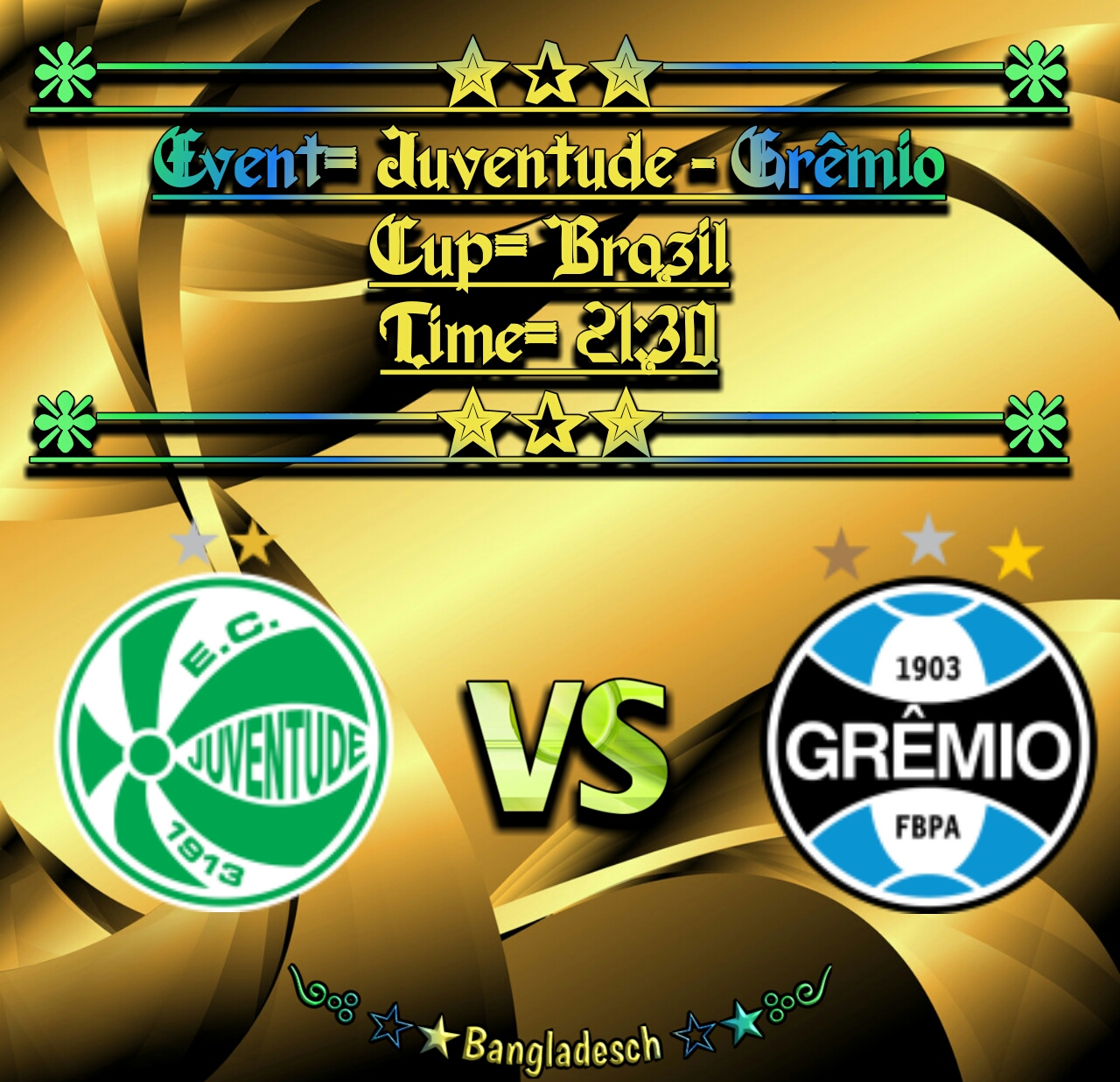 Well, let's go with the Copa del Brasil with a game of old teams known and from the same Brazilian state Rio Grande do Sul, between Juventude and Grêmio. And we are going with a bet here that I see with good chances of giving.
My bet is half-time / full time: Draw / Grêmio with odds 4.50 in Marathonbet. The odd is very good even in Marathonbet as in other houses we have it with 4.10 or 4.00 and the majority below 4.00.
This is the first hand of the knockout stages where Juventude plays the first home game.
Juventude is the truth at a better time than Grêmio. The team eliminated in this Cup Vila Nova for example and the great team of Serie A, Botafogo Rio de Janeiro. None expected that Juventude would get this far in this competition. And it also works well in Série C where it comes from 2 wins in a row from Paysandu and Boa with 1-0 and 2-0 respectively.
The Grêmio enters this competition from today and lives a complicated drama where in the Série A not yet won any game. It will come for this confrontation with some changes and in my opinion Grêmio needs to give an answer to his fans today. Therefore, I have good confidence in a Grêmio victory today away from home.
It will be a game of quite rivalry with two teams from the same Brazilian state. And Juventude arrives motivated. However, Grêmio must win if he has a respect team.
Therefore, we go with a draw in the first half, but with Grêmio winning in the second half and so the game. Juventude must fight well in the first half and so we are going to take advantage of this good draw / Grêmio.
Greetings and success...
Published: 23-05-2019, 00:56 CET Pick: Draw/Grêmio
Odds: 4.5 at Marathonbet