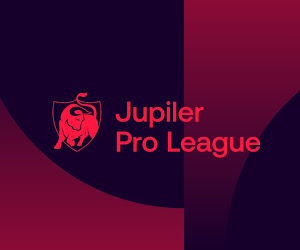 Second and final bet for the first week of Belgian football. I expect a lot of goals in this match between Waasland-Beveren and Kortrijk. I have several reasons for this.
First of all, Waasland-Beveren is lacking in terms of quality on all fronts (def,mid,attack). This is because they have a very low budget (they even have less money than most 2nd division teams).
the lack of quality was visible in last season. Waasland-Beveren finished last when the league was shut down for the covid virus. (They also had the most goals against)
Secondly, the football club Waasland-Beveren is very poorly managed. Last year, important staff members left or moved to other clubs. The assistant coach (Jonas Ivens) left, the goalkeeper (Gerry Oste), technical staff member (Dirk geereart) but also the condition coach left W-B.
The reason for their departure was not communicated but you can already decide why so many staff members want to leave at once. As already mentioned the club has a low budget. Nevertheless, the manager refuses to sell the club to foreign owners (there has been an offer from German investors).
Thirdly, the two central defenders of Waasland-Beveren still want to leave. They have reported this to the club and it is generally known. it is about players Aleksandar Vukotic and Caufriez.
These different reasons make Waasland-Beveren perform very badly and swallow a lot goals. The preparation matches also show there problems. They even lost against the amateur club Knokke with 0-2. In the other two preparation matches they got 9 goals against (without the match against PSG included)
Despite Kortrijk's poor preparation matches in which they scored few goals, I expect a lot of goals. If even an amateur club can make two goals against Waasland-Beveren, then Kortrijk certainly can.
Goodluck!
Published: 05-08-2020, 01:05 CET Pick: Over 2,75 goals
Odds: 1.81 at Unibet