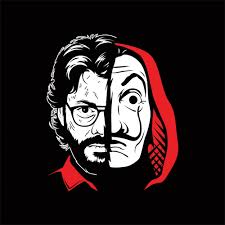 The final matches of the excellent fifth round of the English Premier League are scheduled tonight. This year's Premier League season will certainly be one of the most interesting because most teams have drastically strengthened and the quality is really higher than ever. In addition, matches this season are played on a large number of goals, which makes the matches even more interesting. For today’s type of day, we have chosen the English Premier League fifth round match between the Leeds and the Wolves to be played on Elland Road. Leeds Leeds are one of the teams that have managed to enter the Premier League this season. They are certainly, due to their charismatic coach and football playing “on goal more”, one of the most interesting teams to follow this season. They brought in some great reinforcements during the transfer window, of which striker Rodrigo, who came from Valencia, and defender Diego Llorente, who came from Real Sociedad, stand out. Leeds have also played attractive football in the Championship since the arrival of Bielsa and are always a team that creates many goal opportunities. It was the same in the first four rounds, where they did not defend against any opponent. In the first round, they scored three goals for Liverpool and immediately announced that they will not be a team that is fighting to stay in the league this season. After that, they beat Fulham and Sheffield and in the last round they won a point against Manchester City. In the match with City, they even had a few goal chances to win. Truly a fantastic start to the season of a team that could even get involved in the fight for the Europa League, if they continue with games like this. Leeds looked great up front, it can be said that all the players are in great shape and they also missed the great Pablo Hernandez in the last three games. For Leeds' last line, which received eight goals, it can be said that it is not at the expected level yet, but still it suffers a lot because of the style of play of this team. Wolves The Wolves are a team that has enchanted all football fans since entering the Premier League. Espirito Santo made a team that finished in the top 6 teams in the first season after entering the Premier League. Last season, they played in the quarter finals of the Europa League and finished close to those positions in the league. They have lost the great Matt Doherty and Diogo Jota for this season. As a replacement for Doherty, they brought in Nelson Semed from Barcelona, ​​who has already played several great matches. Podence and Neto are playing really great football this season and losing Jota shouldn’t be a problem. Also in the attacking zone they brought Fabio Silva, a young striker from Porto. Since Jonny was injured and it was certain that Vinagre would be on loan, they also had to bring a player in the position of left back. Fernando Marcal, from Lyon, came, but he also got injured during the season and will not be available tonight, which will certainly be a problem for Espirito Santo. The Wolves have not entered the league at the expected level this season. In the first match, they defeated Sheffield after only 10 minutes, but two defeats followed, from Manchester City and an unexpectedly high defeat from West Ham. In the last round they defeated Fulham. Since the injury Marcala Wolves has played two matches. Against West Ham they played with Saiss in the position of left back and in that match they were desperate. In the last round, Ruben Vinagre, who is no longer in the team, played in that position. We think it will be a huge problem in tonight's match, especially because on that side in Leeds plays former Wolves player Helder Costa, who is certainly burning with the desire to play the best match against the former club. Leeds is a team that really plays offensive football. They have scored at least one goal in every match so far and have saved their net only against the desperate Sheffield. Wolves, on the other hand, have problems with the last line for today's match. Wolves is a team that has an extremely high quality attacking zone and we are of the opinion that in this match both teams will score at least one goal. Our type of day is BTTS