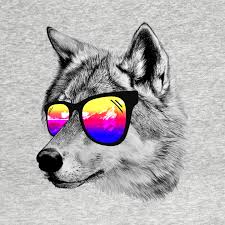 I think odds will drop because of the recent success of Dudelange which is the first team from Luxembourg that has ever qualified in a group stage of any European competition.
However this should not be the only reason as Luxembourg clearly has improved their football, they are now a decent football team that with some luck can snatch points from anyone. Best example would be France in the last WC qualifiers, a game in which they drew 0-0 on French turf, true that France did not gave all what they got, but it's still a brilliant result for them.
Also their squad on paper looks quite strong for a team in the lowest level of this friendly competition : they have players at decent teams like Chris Philips at Legia, Gerson at Norrkoping, Mahmutovic is at Middlesborough but is loaned at Yeovil, Jans,Paul and Thill play in the French second league and are on loan at other teams, Joachim plays for Lierse and the rest come from local teams.
In the last games, both qualifiers or friendlies Luxembourg did well, won against Georgia, drew to Senegal, won against Malta and Hungary, won against Albania. Al of those were in friendlies, in official games it's notable to say they took 4 points from Belarus in their last WC campaign, drew in France, won against Macedonia in 2015.
So the progress is visible, football in Luxembourg is becoming more popular and if Iceland can do it and qualify at final tournaments, why would Luxembourg not be there in the next 10-15 years?
On the other hand things are quite the opposite in Moldova when it comes to football. Things got from worse to worse, their domestic championship is now a 8 team league due to the lack of money, they have only a decent team that performs decent in Europe, Sheriff Tiraspol, but if they face a tougher opponent then it's game over for them as they got knocked out by Qarabag in the EL play-off despite winning the first leg with 1-0.
A team with huge tradition in Moldavian football, Dacia Chisinau, got disbanded at the beginning of this year so things don't look that good for them.
Also the players that are available are of a questionable value : 3 are from Sheriff, their captain Epureanu plays at Basaksehir and is probably the best player from Moldova right now, other notable player would be Cebotaru from Novosibirsk, Carp from Ufa, Domascan trafered at Torino but was loaned back to Sheriff, Ginsari plays for Hapoel Haifa while the rest of the squad is not worth mentioning.
Also, Moldova in the last 4 years won 4 games : twice against Andorra, once against San Marino and in 2014 came a 4-0 win over Saudi Arabia. All in friendlies, in officials their last win is in October 13, a questionable 5-2 win in Montenegro. Also in that WC campaign won twice against San Marino.
So we have two national teams with different perspectives, Luxembourg is improving and football is becoming more popular in the country, they have some decent players and their morale should be ok. Moldova is the opposite, football is poor in the country, there are some players with experience and of certain value in the squad as I mentioned above, but those are defensive ones, Moldova can defend and snatch a point sometimes, but they really struggle to score goals.
It is possible for Moldova to leave Luxembourg for a 0-0 draw, but under no circumstances I see them winning, momentum is clearly on the hosts side and that should be enough for them to take all 3 points in this one.
Published: 01-09-2018, 14:19 CET Pick: Luxembourg +0
Odds: 1.96 at SBOBET