PSG are without both hitmen Mbappe and Cavani who got injuries in the previous round, Neymar is just formally part of the team but not considered prior to his transfer. Diallo, Kehrer, Draxler and Ander Herrera are also out through injuries. Choupo-Moting will get again a rare chance to lead the attack after scoring two vs Toulouse.
Metz have no problems with the squad, did great in the only game so far at home beating Monaco by 3-0 and can get a result considering the heavy missings on the side of PSG. 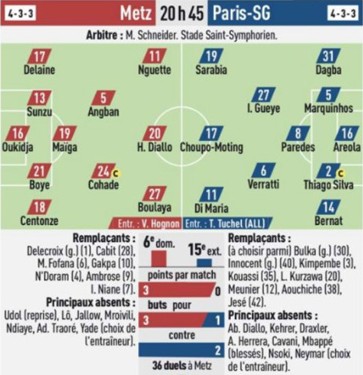