Mixto MT - Chapecoense AF:
Tonight Mixto and Chapecoense enter the field in the Brazil Cup match, who wins meets Criciuma.
It is important to know that whoever wins receives a prize of 1.4 million.
Mixto arrives in this meeting after having surprised by eliminating the Serie A CSA club.
At this stage of  tournament qualifies only those who win the game, in case of a tie in the 90 minutes you go to the penalty shootout.
Mixto, Mato Grosso team has appealed due to the expulsion of his coach in the Brazil cup against CSA, most likely will not be on the bench.
For this meeting the striker John Marquez will be in strong doubt, in his place for the attack there is Yago, there are no other absences, we can say that Mixto can count on his best players.
On the other hand Claudinei Oliveria feels the importance of winning and passing the turn, the prize money is very important for all its players, who will be even more motivated in winning, and it is also important to know that in the last round of the season in Caterinense championship has spared the best players, to preserve them in this meeting. 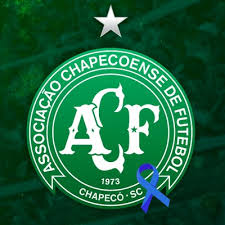 Claudinei Oliveria can count on its best players, you enter the field with maximum strength.
Chape is full, even with the important return of midfielder Augusto, who recovered from his injury.
https://globoesporte.globo.com/mt/futebol/copa-do-brasil/noticia/mixto-x-chapecoense-tudo-o-que-voce-precisa-saber-sobre-o-jogo-da-copa- do-brasil.ghtml
Final analysis:
Chaoencoense with the best training has all the best intentions to go forward in the competition, you already think of the classic with Criciuma, so I expect you to win in 90 minutes, without difficulty, without going to the penalty lottery, it is important to win to receive the award in cash, moreover, a Brazilian amateur football team is faced with the utmost strength.
I do not see many chances for Mixto and at this level I can not play Chapecoense, I bet on them.
Good luck.
Published: 06-03-2019, 23:10 CET Pick: Chapecoense AF
Odds: 1.8 at Betway