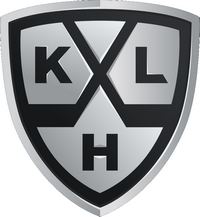 ATP Atlanta -SF
I have to say this is really good line to take - basically the lines should start here with this matchup + conditions 22.5+...
Emil had great match last night vs Cam Norrie. There is still bit "problem" with his serving, when the speed has come down with his first serve and it's not anymore so effective. Still he took aces 7 to 3. His FH-side is still a bullet, no matter DTL or cross/inside out. Well, I have been tracking AND watching Brandon since 2-3 years when he was College guy, but already in CH-circuit. His talent was seen straight away. So talented and clean ball hitter from the baseline, pretty much no weaknesses in his game. Not big "ace server", BUT has strong 1st serve, and although his numbers with speed goes down on 2nd, he serves it nicely out wide which is hard for returner. Emil is not anyways anything like top of the top returner in these conditions.
One thing which is like key, that both have strong "head", and are already mature players as so young age. Very hard call w ML!
Published: 31-07-2021, 12:20 CET Pick: Over 22
Odds: 1.72 at Pinnacle