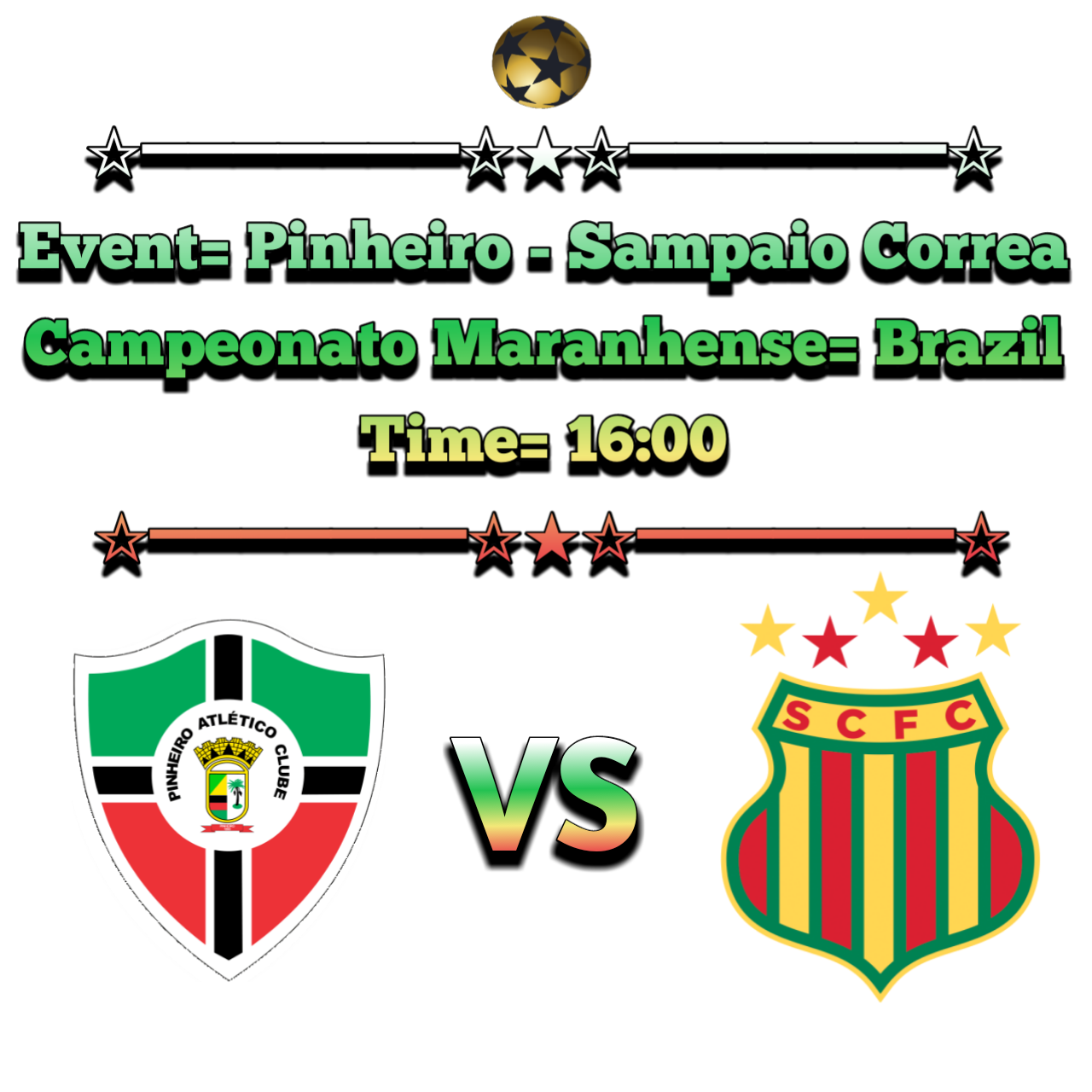 Well, let's go to Brazil this Monday with a match for the Maranhense Championship between Pinheiro and Sampaio Correa. And we go with a tip that I see very good and with protection.
My tip is to win Pinheiro AH +1 with odd 1.61 in Pinnacle.
Well, this is a competition from the Brazilian state of Maranhão. And this is the first game of two of the quarterfinals. In other words, a game of great importance for both teams, but even more so for Pinheiro who plays at home and in my opinion is in better shape.
The Sampaio Correa, is not in a good moment. He is coming off 3 losses in a row and recently changed coaches as well.
Recently they met on the 6th matchday on April 7 at the Sampaio Correa field and we had a 1-0 for Sampaio with a goal only at 74 in the final part of the match.
On the other hand, Pinheiro comes better and arrives with 3 victories in sequence and for them it is a dream to be in the playoffs. Pinheiro who a few years ago did not play the second division either. But, he hired known and strong players for this season. In addition, Pinheiro has conceded 0.6 goals on average in his last 9 games.
Therefore, I do not see Sampaio Correa win here with two or more goals difference. I see this bet with a lot of confidence. A loss of 1 goal difference will give us our money back. Let's go for the green ...
Greetings and success...
Published: 03-05-2021, 18:23 CET Pick: Pinheiro AH +1
Odds: 1.61 at Pinnacle