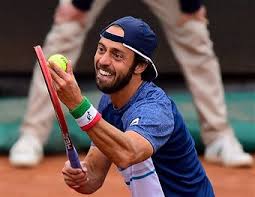 Fucsovics - Ramos 2 @ 2,95 Pinnacle 3/10
https://www.oddsportal.com/tennis/france/atp-french-open/fucsovics-marton-ramos-vinolas-albert-hEsWz8pa/
As always bettors have jumped on fact that Fucsovic beat a big player and now he is a big favorite against a similar player. Yes, Marton played really good yesterday and it was obvious that he likes heavier conditions more than Medvedev. He is very patient from the baseline and can fight for 5 hours. Still his weak spot is his backhand and he was successful with his slice yesterday but against Ramos who is a typical leftie this will be a lot harder. Ramos also played a quality match vs tricky Mannarino and won easily 3-0. Ramos is also a player who can play 5 hours and we will see a huge battle in my opinion. Head to head is 3-3, but it's 3-1 for Ramos on clay. Tomorrow we could even see some sun, which would maybe even favor Ramos as slices from Fucso won't stay so low. I think market overreacted in this one and value is on Albert for sure.
Published: 29-09-2020, 08:55 CET Pick: Ramos
Odds: 2.95 at Pinnacle