Salgueiro - Nautico Capibaribe:
The 14 round of  Brasilerao C is closed, two completely different teams are faced.
Nautico is at the relegated from Brasilerao B and is the main candidate for promotion, while Salgueiro I'm struggling not to relegate to Serie D, the two teams fight for two very different objectives.
Embarrassing the situation of  Salgueiro that occupies the penultimate place with 15 points, with three points ahead of the last classified Remus and only one point from Jazeirense that has 16.
Worried results crisis of Salgueiro, in the last five games have totaled four draws and a defeat.
Salgueiro did not win a match for over a month, as the 04/06 had beaten the oar Remo for 1-2.
In the previous match Salgueiro had lost away against Acreano, with a 2-1 goal in the final minutes.
The Salgueiro coach, Sergio China despite the bad results should not be at risk.
The coach Sergio China, has no injury or disqualification, so the training should be the same that he lost against Acreano.
On the other hand, we find Nautico who plays second place in the standings with 22 points, only one length from Santa Cruz who is third with 21, but winning this evening would only go to three points behind the leaders Acreano who has 26 points.
For this meeting the coach of Nautico Márcio Goiano can not count only on the midfielder Lelê, who is left out due to a thigh injury.
So we can say that the coach maintains the team that beat Confianca for 2-3, Nautico is presented with the best players.
We remember that Nautico is enjoying a wonderful moment of form, they come from five consecutive victories and are clearly intent on reaching the tournament's achievements.
Probable lineups:
Salgueiro-PE:
Mondragon; Maurício, Yuri, Izaldo and Marlon; Vitão, Michel, Peu and Marcos Vinícius, Erik Júnior and Bruno Mendes.
Técnico: Sérgio China
Náutico-PE
Bruno; Brayan, Camutanga, Sueliton and Assis; Josa, Jhonnatan, Luiz Henrique and Dudu; Robinho and Ortigoza.
Técnico: Márcio Goiano.
https://m.futebolinterior.com.br/futebol/Brasileiro/Serie-C/2018/noticias/2018-07/salgueiro-x-nautico-duelo-de-opostos-fecha-a-14-rodada-da- series-c 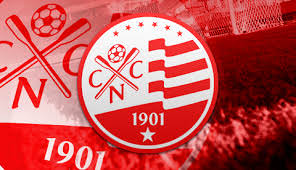 Final analysis:
Now Nautico has a great opportunity, can increase the advantage on the Santa Cruz that has been achieved in the last minute against Globo, drawing for 1-1, also can approach the Acreano by just one point, Nautico is in second place with 22 points while Acreano has 26, but with one more game.
Will face Salgueiro with the best men.
Salgueiro is in catostrophic conditions, this evening faces an opponent who has completely different rhythms and an enviable state of form, it will not be easy for them to get an excellent result, since you have not won for over a month.
However, the team is called to believe it to the end, fight to save, I believe that tonight Nautico will win his match, but for those who bet you must be conservative not to lose, so I choose the Draw No Bet Nautico selection, we find it at a 'excellent share.
Good luck.