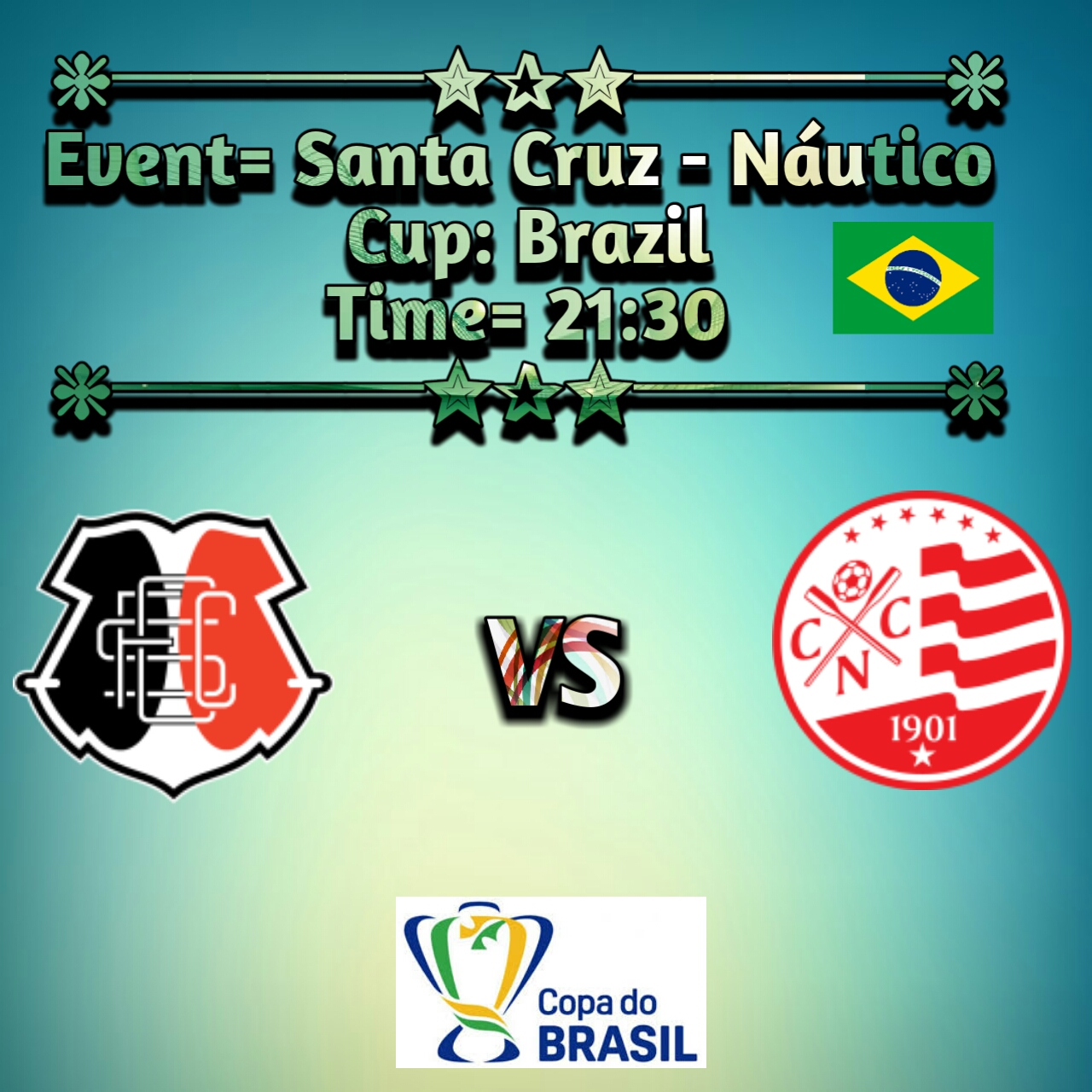 Well, another game for the Brazilian Cup we have is the classic Santa Cruz and Nautico. And we go with a bet here that I see of value.
My bet is in a draw with 3.30 in Bet365. At Bwin we have the same quota.
It is a very important game for them, as they call it a million classic. It is that who advances for the third faze already takes like 1 million and a half and is already good money for these equipment. In addition, there is much rivalry between them because they are teams of the same Brazilian state called Pernambuco.
The last encounter between them that was recent by the Northeast Cup we had a draw  in 2-2.
Also say that of the last 10 games away from home, the Nautico tied 50% of the games.
So I see a very even match here. Even the Santa Cruz already comes from a classic there in the Championship Pernanbucano where he won last Sunday the Sport 1-0.
With a game with such importance, in my analysis the result here is a draw and we will take advantage of this good odds.
Greetings and successes ...
Published: 20-02-2019, 23:25 CET Pick: Draw
Odds: 3.3 at bet365