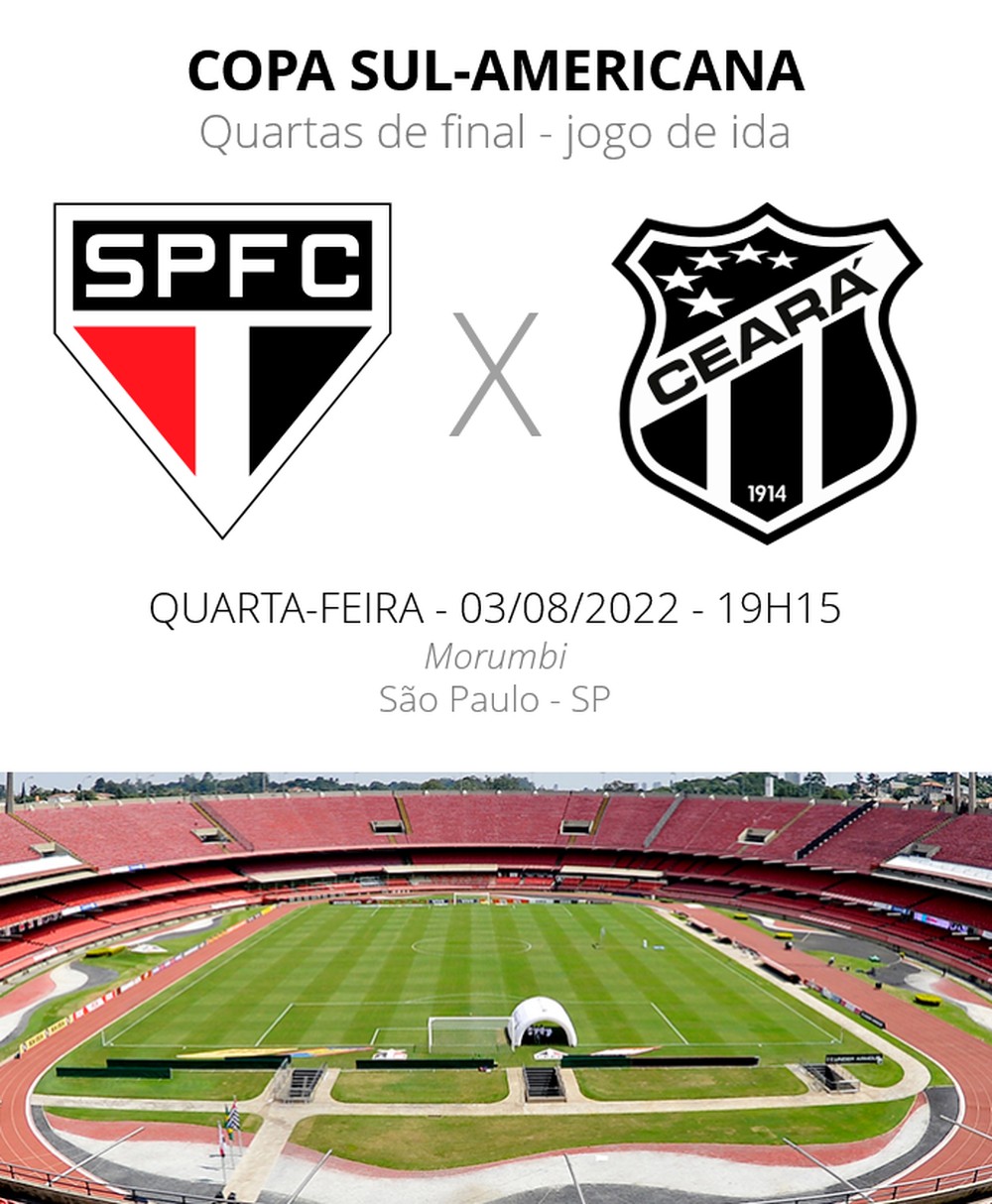 Climate of finals.São Paulo is in contention in both Brazilian Cup and Copa Sudamericana.50,000 tickets have already been sold at Morumbi and in Brazil public is crucial, with almost entire stadium expected to be filled with São Paulo fans.São Paulo and Ceara meet again in Copa Sudamericana after 11 years.Last weekend, coach Rogério Ceni, in the 1-0 defeat against Athletico PR, spared almost all of his starters in brasileirao match so that they would be rested for tonight's duel.Probable São Paulo line-up: Felipe Alves, Diego Costa, Miranda and Léo; Igor Vinicius, Gabriel Neves, Rodrigo Nestor (Galloppo) Igor Gomes and Welington; Luciano and Calleri.Only Miranda rests, rest are all starters.Injured players were almost all on pitch training to recover from their injuries. On the other side Ceará is not doing well in Brasileirao. Two consecutive defeats against Juventude (1-0) and Palmerias (1-2) erased two consecutive victories and they are now four points above relegation zone, Cuiaba is placed 17th with 20 points. In South American Cup Ceara is doing much better, there are eight matches and eight wins so far. Ceara has scored 22 goals and conceded only two. However, they now face a strong opponent supported by their fans, and Marquinhos Santos will have important absences. Coach Marquinhos Santos will not be able to count on Pacheco (Defender 5/0), Rodrigo Lindoso (Midfielder 6/1), Dentinho (Striker 2/0) and Matheus Peixoto (Striker 0/0), who did not even travel.Vásquez cannot play in Sudamericana.Victor Luís should start on left. Good news is presence of top scorer Mendoza, who forms offensive trident with Vina and Cléber. Probable Ceara formation: João Ricardo, Nino Paraíba, Luiz Otávio, Messias, Victor Luís; Richard Coelho, Richardson, Lima; Vina, Mendoza and Cleber.It won't be easy this time for Ceara to come to Morumbi with almost 50,000 Sao Paulo fans, moreover with heavy absences, it comes from two consecutive defeats in Brasileirao and this time it could lose its eight-match unbeaten run in Cup, on the other hand Rogerio Ceni is prioritising cups, almost all the best players have rested in league and now he can count on his best line-up, for these important reasons Sao Paulo at Morumbi has great value.Good luck.