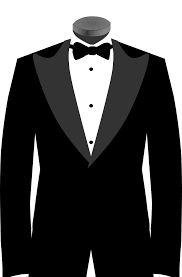 ATP 250 Cagliari
Simon played a really good game against Travaglia in the first round, losing first set 1:6 and down a break in the second he managed to comeback and win the match, in the 3rd set Travaglia was fighting with his own demons inside and it was clear that he won't win the match. Simon got used to the conditions in Cagliari and now he's facing another Italian in Lorenzo Sonego who made his career out of playing on Clay courts. However the conditions now suits better for Simon in my opinion. The comeback he made in the last game will bring confidence to him. Sonego just came back from Miami less than a week ago, new surface, first match on it, plus the jetlag should impact his game comming from Dubai to Miami then to Cagliari. We could see a fairly poor and sloppy games in the beginning from the Italian, and Simon is the kind of player that if he gets a chance, he will most likely use it. I really like Simon's game, it is intelligent. He is waiting patiently enough for the mistake of player across just like he did against Travaglia in that 3rd set. He saw that Travaglia was furious and lost some focus and Simon was just simply bringing ball back on court and wait for unforced error by the Italian. More of the same will be here, Simon is a good counter puncher and Sonego's gamestyle based on his serve, which on clay will have less impact and Simon is a good returner also. Sonego will need to try something different, risk one way or the other, because it is very difficult to play against a counter-puncher like Simon from the Baseline, you can just get tilted because of his patience. Off those risks I see coming unforced error's from the Italian, at the net Italian is a good player, but volleying will be different again because of change of surface and he needs couple of matches to adapt to that. All in all I think Simon will get the victory here, but I choose safer option Simon to win a set.
Good Luck!
Published: 07-04-2021, 20:58 CET Pick: Simon +1.5 Set Handicap
Odds: 1.84 at Pinnacle