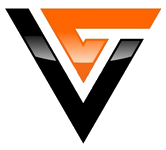 Obos League 2022
Skeid got their first 3 points after a solid 3-1 win at home to Stjørdals Blink. They have been close to points with several occations, now they have an excellent opportunity against a team in freefall.
Sandnes have been bullied the last 3 matches against Mjøndalen, Brann and Fredrikstad. But 9 goals received is alarming imv, the previous 4 resulted in 4 wins, but against poorer opposition. Sandnes away from home doesn’t look pretty and solid to say the least, now they’ll face a hungry home team and will be a pain in the a.. imv.
Published: 25-05-2022, 16:15 CET Pick: -0,25 ahcp 1
Odds: 2.32 at Pinnacle