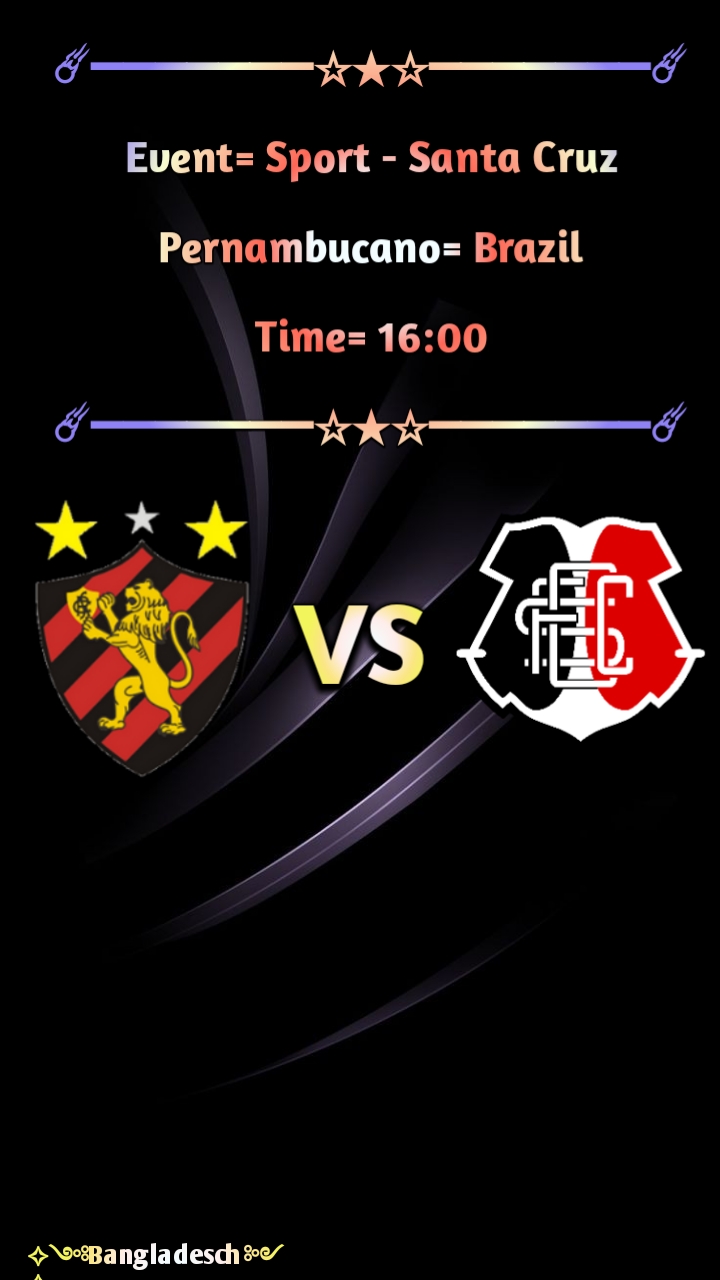 Well, the Pernambuco Championship is also back in Brazil and we are going with the classic Sport and Santa Cruz, two teams from the Recife capital there. And we are going with a great value bet for this match that I see with enough confidence.
My bet is on HT/FT: Draw/Sport (X/1) with odd 5.00 in Betway.
This is a very important game especially for Sport that only victory is important so as not to depend on other results.
Sport have an advantage here as they play at home and were the first team to return with their training.
On the other hand, Santa Cruz is very comfortable in the table in first and the only motivation would be to eliminate his main rival, which is Sport.
In conclusion, Santa Cruz is structurally worse than Sport despite being in the leadership. And I don't see Santa Cruz giving so much attention to this game. So, we're going to tie here in the first half and with Sport winning at the end, exactly as it was in the Northeast Cup in their last head-to-head match where Sport won 1-0 in the second half.
We are going with this bet that they pay us very well that it has good chances of leaving.
Greetings and success...
Published: 19-07-2020, 19:33 CET Pick: Draw/Sport (X/1)
Odds: 5 at Betway