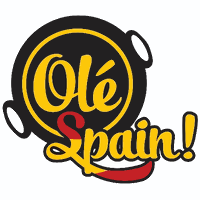 Iran is one of the worst teams in the championship and in the first game they confirmed it. They conceded six goals against England and they scored one goal during the game and the VAR gave them another penalty in the 103rd minute... They lost their starting goalkeeper due to injury and perhaps the only good thing they have is the orderly defensive organization... until that the goals arrive, but Wales has the firepower to break them and put the game in favor.
Wales have superior players like Harry Wilson, Aaron Ramsey or Gareth Bale. In their first game they drew 1-1 against the USA, a very young, fast team with great potential, well above Iran. In that game the change of Daniel James for the giant Kieffer Moore was decisive, Moore can fix the Iranian central defenders positionally and leave many spaces on the attacking wings. Defensively, Wales should be able to stop the Iranian attack with Ben Davies, Chris Mepham or Joe Rodon, Premier League-level players, but it is on the attacking line that I see the greatest advantage for Wales.
I think Wales will get their first victory here and if the game opens they can score several goals without a doubt.
Published: 24-11-2022, 23:10 CET Pick: Wales over 1.5 goals
Odds: 2.56 at Pinnacle