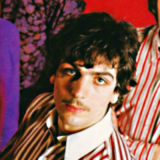 How does it feel

WTA Roma
Yastremska played a long grueling match with giorgi in the first round where she served 15 double faults and she and Svitolina got hammered in their doubles match also, so i question her form, losing clearly to Brengle in New York too.
Anisimova won 2 tight tiebreaks against Vekic.
These two young girls are close neighbours in the rankings, 29th against 27th respectively. I think Anisimova gave a better impression in the opening round and beat a stronger and a more consistent opponent in Vekic, compaired to Giorgi. If not anything in favor of Anisimova this is a classical coin-flip, so the value lies with the american here. gl.
Published: 16-09-2020, 02:40 CET Pick: Anisimova
Odds: 2.2 at 10bet