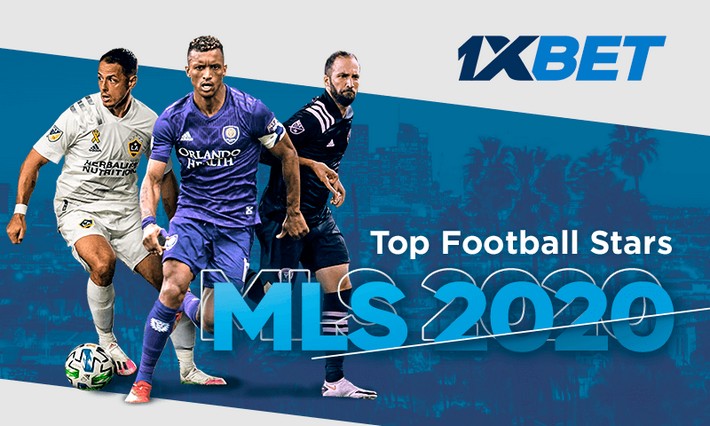 Any article about football in the United States begins with the fact that in the States this sport is condescendingly called "soccer". The basketball and baseball bat have always been featured prominently in American families, but the soccer ball far less so.

But in recent years the situation has begun to level out due to more high profile talent. The United States produced several worthy players and the USA national team regularly plays on the world stage. The younger generation also follows El Trafico, a derby of two Los Angeles clubs, with extreme interest.

It`s time to highlight the top ten MLS footballers epitomize the rise of football in the United States:

How often have you heard of a football player like Joseph Martinez? He’s never played in the Champions League, and with his national team of Venezuela, he has yet to shine in major tournaments. And, only the most die-hard of Serie A fans could remember him from his performances with Torino.

The Venezuelan has chosen his own special path. Instead of battling in the European leagues, he agreed to an adventurous offer from the MLS team Atlanta.

Result: 103 matches, 90 goals and the adoration of fans. Martinez proved to everyone that you don`t have to be a star in European football to gain popularity.

Unlike Martinez, who has some European exposure, Diego Rossi is an exclusive product for MLS fans only. This young Uruguayan only managed to play for his local club Penarol before leaving to conquer the USA.

In Los Angeles, he has played 96 games, with 50 goals and 20 assists. Rossi is the epitome of the trend for MLS teams - to seek out young talent and sign them before European clubs even discover them.

Vela left Europe unexpectedly early and went seemingly to play out the rest of his career in the USA. The Mexican was known to the general public, because he managed to play for Arsenal, and in Sociedad. Before leaving, this star was still performing at top-flight.

It seems that Vela himself did not suspect that the best stage of his career would be the MLS. He was the league`s top scorer and MVP of the 18/19 season. In Europe, Vela could only dream of such a thing - but in the States, he even overshadowed Ibrahimovic.

Pavon became world-famous when he got into the starting lineup of the Argentinian national team at the 2018 World Cup. There, the player was disappointing and did not manage to excel. And yet, they took Christian to the national team, not for his beautiful eyes, but because in Boca he showed massive potential.

Pavon would soon receive lucrative offers from Europe; however, he accepted an offer from LA Galaxy. In terms of results, he falls short of Rossi or Martinez, but in terms of status, this guy is also a major star. Soon Pavon will return to Boca and we will probably see him later in Europe. Or not?

Someone who needs no introduction is Javier Hernandez. The Mexican forward is simply adored by the fans. He played superbly for the national team, was loved at Manchester United, and even managed to play for a short while at Real.

A glorious career, to be sure. Chicharito could have continued to play in Europe, but Galaxy has started a campaign to attract Latin American fans. Besides the fact that Hernandez is a smart forward, he was chosen more for marketing reasons. Therefore, judge the Mexican not only by goals (so far, only one goal scored) but also by Galaxy followers on social media.

David Beckham entered the MLS on a grand scale as one of the owners of Inter Miami. The newcomer to the league immediately caused waves with a series of high-profile signings, including Blaise Matuidi.

The Frenchman is already 33 years old, but there were no questions about his level of play at Juventus. The arrival of a player of this calibre at Inter Miami will give confidence, bring new fans, and help achieve results on the field.

Wanyama`s road to success is a story worthy of the silver screen. At home, Victor is revered, because only a few players from his country have managed to play at the top level. Not only in Kenya though, but throughout Africa, he is the ultimate superstar. There’s even a street named after him in Tanzania!

Wanyama`s peak was a few wonderful years at Southampton and Tottenham. But recently, the Kenyan left Spurs and decided to play in Montreal. Here he is the leading player and a real wall in the centre of the field for Montreal.

Yes, there is no mistake: Giuseppe Rossi is playing football again! The Italian seems to have hung up his boots back in 2018, but Real Salt Lake pulled the striker out of retirement.

Rossi even managed to score one goal against Portland. But in general, it was important for the ex-Man U and Fiorentina striker to play in MLS. That’s because Giuseppe is an American Italian, and it would be fitting if he ends his football journey there. It`s been a career full of painful trauma and regret for unrealised talent.

Like Inter Miami, Orlando is also a relatively young team from Florida and has only been in the MLS for about five years. Kaka played here, but even without the Brazilian it’s still an entertaining squad.

Nani has had an astounding 200+ appearances for Manchester United and 100+ appearances for the Portuguese national team. The superstar still regularly pleases with spectacular goals and dribbling. It’s an ideal place to spend the last years of his illustrious career.

The main star of the current MLS season is Gonzalo Higuain. No one would be surprised if “El Pipita” was at Atlético or PSG. But Gonzalo chose Inter Miami, and there were compelling reasons for this.

The primary factor was that the Argentinian`s brother, Federico Higuain, has also joined Inter. He is not as famous as Gonzalo, but at the MLS level, he has become a true legend, shining brightly at Columbus Crew. Gonzalo admits that he really wanted to play with his brother on the same team - now this dream has come true!

MLS has many more stars than these ten players we mentioned. The core of the US national team plays here, as well as less well-known Europeans. More and more young people from Argentina and Mexico are also choosing the States to further their careers. The MLS is growing, and maybe soon when American fans say “football,” they will be referring to the game where 22 people play with their feet and not Gridiron.

1xBet players can bet on MLS, NBA, NHL and other American leagues at fantastic odds. Enjoy sports in the company of a reliable bookmaker!

-
PREMIUM PICKS
Get more and win more!
Betrush Premium features some of our best tipsters and has delivered over 15,000 picks and steady profits since the start in 2011. We care about serious betting - no makeup, odds are advised exclusively with Pinnacle and the Asian market. Subscriptions are affordable for everyone, starting from just €9.90 per week and cover all picks and tipsters on the BP site
IN FOCUS
Betting on Dota 2, 25-01
7 Online Casino Trivia You Would Want To Know, 22-01
Myths and Facts About Video Slots, 21-01
How Advanced are Live Casino Games?, 16-01
Least popular gambling games for winning and why, 16-01
Who are the Favorite Teams to Win the 2021 MLS Cup?, 14-01
The six greatest players in the history of football, 14-01
Online Casinos and Lockdown 2021, 06-01
Who are the best playmakers in football history?, 05-01
Looking for the Best CS: GO Gambling Site or CS: GO..., 04-01
Can You Cheat in Poker?, 31-12
West Virginia Sports Betting Revenues Continue to Rise, 22-12
Top midfielders scoring the most in the history of the..., 21-12
How Inter Milan Might Line Up Against Napoli, 16-12
How gambling has become popular all over the world, 15-12
Top 5 best football-betting news sites, 11-12
Where to watch the NBA, NHL, MLS, MLB and NFL live on TV..., 10-12
Best streaming applications you must have to enjoy live..., 02-12
Professional Betting Strategies on Horse Racing, 01-12
Top 5 Highest RTP Slots And Why It Matters, 26-11
See more + -