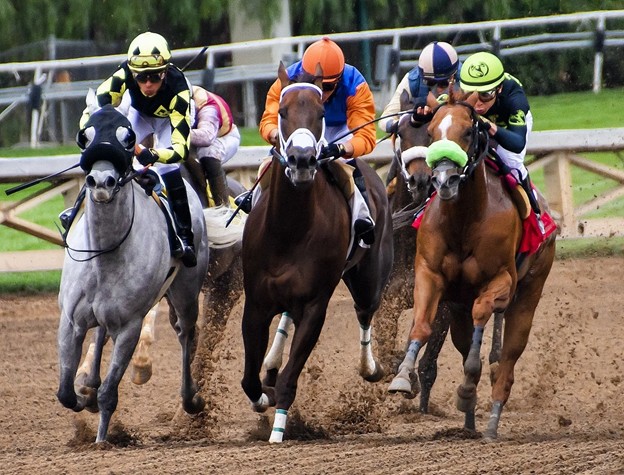 Horse racing has been a part of western culture since the 1600s. All of it started when the English Knights returned from their crusades, bringing along with them Arab horses. These foreign stallions were bred with English mares, creating a breed with longer endurance and faster speed. This breed is better known as thoroughbred horses.

Thoroughbreds were a crowd darling during match horse racing, which were also personal favorites of King Charles II. The entertainment grew until the Sport of Kings became a professional discipline that spread all over the globe. After some time, horse racing enthusiasts started wagering privately, and the sport was supported more than ever.

Horse racing is one of the most sponsored and viewed sports all over the globe. One of the most notable contests is the Triple Crown of Thoroughbred Racing. It is divided into three events, namely Kentucky Derby, Belmont Stakes, and Preakness Stakes. Today, horse racing fanatics look forward as the 2020 Preakness Stakes concludes the Triple Crown races.

Tiz the Law
One of the crowd favorites, Tiz the Law amazed mobs by winning the Florida Derby on March 28, 2020. Many were looking forward to seeing Tiz the Law run the tracks in the Kentucky Derby. This stallion has successfully won four of his five starts, owning two Grade 1 victories. Tiz the Law ranks first as the darling of the crowd in the Preakness Stakes betting odds.

Dr Post
Number two in the lineup is Dr Post, a strong contender against Tiz the Law. Starting early in the tracks and trained by Todd Pletcher, Dr Post is treacherous in the racecourse. The stallion finished second in the recently concluded Belmont Stake. Watch out for this three-year-old thoroughbred for he has already won four races in his entire racing career.

Pneumatic
This stallion is trained by none other than Steve Asmussen, who has already achieved great success in the Belmont Stakes. Not typically famous, Pneumatic has already won four races in his racing career. Nevertheless, his betting odds tell us that Pneumatic has prepared something good for the upcoming Preakness Stake.

Tap it to Win
Tap it to Win becomes a worthy opponent after winning first place in the recently concluded Allowance on June 4th. This stallion started fast and took on the early lead in his races. But can he hold his head up a long-distance race against Tiz the Law? Trained by Mark Casse, Tap it to Win is a late bloomer in the racecourse but significantly worth considering.

Sole Volante
On June 4th, Sole Volante successfully won first prize in an optional claiming race in Gulfstream. The stallion revved up from the last place and made its way to the leading position in the tracks. Sole Volante has a good chance of winning the Preakness Stakes, given that he revs up early and maintains his lead during the race.

Modernist
This stallion has won five races in his entire racing career. Jockeyed by Junior Alvarado and trained by Bill Moss, Modernist is surely worth considering in the upcoming Preakness Stakes. This horse uses his early speed to take the lead in most of the races he joins. The question is, will he be able to outrun the other contenders and maintain his pace until the finish line?

Farmington Road
Trained by the three-time Belmont Stakes winner, Todd Pletcher, Farmington Road is definitely a horse that should be watched out. It was unexpected when the stallion finished fourth in the recently concluded Arkansas derby on May 2nd. However, his owners are still confident that Farmington Road can make it. All he needs is a fast and tight race in the Preakness Stakes.

Max Player
According to analysts, if you want a sure bet with a larger chance of securing a spot in the runner-ups, you should consider Max Player. This stallion is arranged to sneakily emerge from nowhere until the last second near the end. Moreover, Max Player has successfully emerged as a champion in many of his races.

Jungle Runner
Unlike the other contenders, Jungle Runner has never won in any of his races. His current lineup odds are 50-1. However, the colt has shown some decent work on the track. Jungle Runner’s owner thinks that joining the triple crown is a big step. Nevertheless, the stallion’s effort in the tracks deserves him a spot in the Preakness Stakes.

Fore Left
According to trainer Doug O’Neill, Fore Left has been training effortlessly in Belmont Park for the upcoming Triple Crown events. The horse has won four races in his entire career, usually taking the lead from the start until the end of the race. Fore Left’s trainer added that the stallion got the gate speed and the revved-up stamina to finish the race first in the Preakness Stakes.

Takeaway
This year’s Triple Crown Race will be concluded with the Preakness Stakes event on October 3rd, in Pimlico Racecourse. This change in the racing event lineup is due to the adherence of imposed lockdown brought by the global pandemic. Nevertheless, the following Preakness Stakes contenders have been preparing tirelessly for the upcoming event. Hence, to horse racing enthusiasts out there, prepare yourself for a thrilling conclusion of the Triple Crown Race.

-
PREMIUM PICKS
Get more and win more!
Betrush Premium features some of our best tipsters and has delivered over 15,000 picks and steady profits since the start in 2011. We care about serious betting - no makeup, odds are advised exclusively with Pinnacle and the Asian market. Subscriptions are affordable for everyone, starting from just €9.90 per week and cover all picks and tipsters on the BP site
IN FOCUS
Tips for sports betting during this year, 23-10
What to do After a Big Win at a Casino or Sportsbook, 16-10
Bingo Tips for Smart Players, 12-10
Best Tips to Build Your Bankroll for the Festive Season, 11-10
Learning how to any bitcoin betting online with 1xBit, 06-10
What You Need to Know: Betting in the US, 02-10
The most famous Rugby football stars in the world, 30-09
The Endless Possibilities in Which to Spend Your Bitcoin, 29-09
An Introduction to M88 Online Casino, 28-09
How to Find the Best Odds for the Premier League?, 28-09
E-sports will have a leading role in the future of betting, 25-09
Alternative Picks For The 20/21 Season, 21-09
The Tricks Betting Tips Scammers are Using in 2020, 21-09
Why Live Games are the Future of Online Casinos, 21-09
Will Liverpool Reign Supreme Again in 2020/21?, 01-09
Mybettingsite.uk | The Place to Go for All Gambling Needs, 26-08
The Betting Promotions at 888 Sport to Look Forward To, 19-08
How to Get Your Friends to Play, 18-08
How statistics will help improve your poker game, 16-08
4 Biggest Boxing Matches Every Fan Wants to See Happen, 14-08
See more + -