What Does Tuchel’s Appointment Mean for Chelsea’s Top-Four Ambitions?

On January 25th, 2020, Chelsea Football Club decided to part ways with Frank Lampard. After a mixed 18 months as manager at Stamford Bridge, the Blues’ hierarchy opted for a change, acting swiftly to bring in Thomas Tuchel just one day later. On paper, the 47-year-old is far more experienced than his predecessor, having spent the last 14 years of his career in management. With a Champions League spot at stake, Roman Abramovich has turned to Tuchel to steer the club back into Europe. But, can he do so in 2020-21?

A System Revolving Around Havertz and Werner?

In the 2020 summer transfer window, Chelsea were undoubtedly the big spenders of the Premier league. On five players, the six-time champions of England spent £222 million, according to talkSPORT. Of that, £119 million went on signing Kai Havertz from Bayer Leverkusen and Timo Werner from RB Leipzig. Although both struggled to adapt to life in the English top-flight under Lampard, there’s an expectation that Tuchel will succeed where the Englishmen failed.

Crucially, Tuchel will be more than familiar with how both play, having watched them progress through the Bundesliga. During his time as the manager of Borussia Dortmund in 2016-17, Werner made an impactful start to his Leipzig career, while Havertz recorded six goals and four assists in his first campaign for Die Werkself. 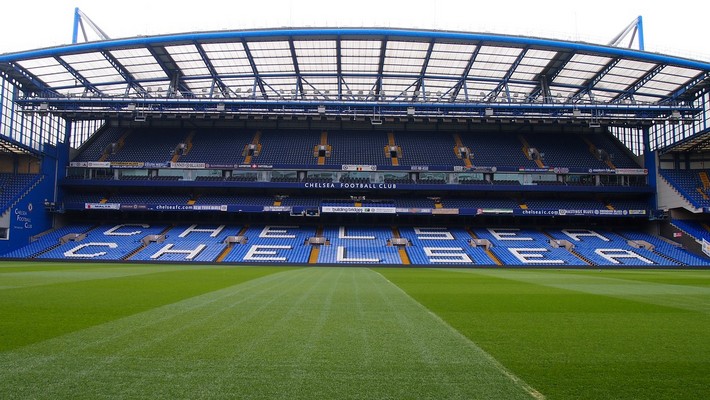 To date, the 47-year-old manager has won two Ligue 1 titles and finished as a Champions League runner-up during the 2019-20 season. For the most part, he’s been successful through deploying a 4-3-3 system and pressing from the front. In this regard, Werner should thrive, as it gives him the platform to lead the attack and be the first line of defence, much like he was at Leipzig. Should he opt for this system, Havertz will likely get the freedom to roam as part of a three-man midfielder, and often drop just behind Werner and into space between opposition lines.

A Battle for Champions League Qualification

On Lampard`s dismissal, after the first 19 matches of the season, the Blues found themselves sat in 10th place in the Premier League. Given their investment, it’s clear why the one-time Champions League winners parted ways with Lampard. In terms of the future, Chelsea have a fight on their hands to qualify for the leading European competition for a fourth consecutive season. As of January 27th, Tuchel’s team are 9/4 in Premier League betting to achieve a top-four finish come the end of the 2020-21 campaign.


Because of the quality in their squad, it wouldn’t be wise to bet against Chelsea. However, Tuchel will undoubtedly need time to implement his footballing philosophies. Unfortunately for him, the Blues aren’t known for being patient with their managers, so he will have to hit the ground running. This year, the fight for the top four appears fiercer than ever before. Along with the traditional top six, Aston Villa, Everton, Leicester City, Southampton, and West Ham are all currently in and around those European spots.

Tuchel Has the Class, Now He Needs Time

In many ways, Chelsea’s league position doesn’t paint the whole picture, as, at the time of writing, they`re only six points away from the top four. If the Blues are to launch a comeback, then the 47-year-old will need to get a tune out of both Havertz and Werner, who are both yet to show their full potential. They’re quality players, so to write them off would be unwise, as they have the ability to fire Chelsea into a Champions League spot.