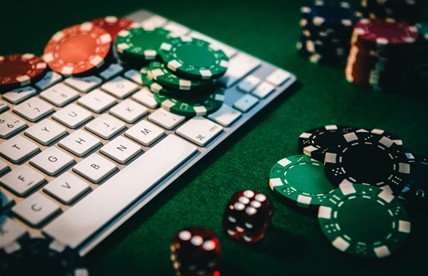 As experts had predicted, sports betting in West Virginia has been doing really well in the past few months. In July, there was a major increase in sports betting handles in all parts of the country.

West Virginia is one of the states that experienced this rise. In July, the state reported to have earned more revenue thanks to the return of pro games. The numbers have been rising consistently since then.

In the period between August and September, the revenue for West Virginia sports betting increased by 133%. This massive surge was caused by the return of major leagues like the MLB playoffs and NBA.

In 2008, the state legalized sports betting. The West Virginia Lottery Commission which is responsible for regulating the industry got the authority to draft rules for suppliers and casinos.

There are plenty of options to bet on sports in West Virginia. The state has three online sportsbooks.

This is an app from MGM Resorts International. It operates sportsbooks and casinos all through the country. The sportsbook is now live in West Virginia.

The FanDuel sportsbook is a product of the DFS company. It is one of the top sportsbook brands in the country.

This is one of West Virginia’s best betting options. It has a full betting app in the state.

That said, July had a lot to deliver for the sports betting industry. As sports continued to return and more games were offered, betting handles increased as well. Betting enthusiasts were starting to feel excited over the return of pro sports and they were eager to start placing wagers.

The West Virginia Lottery released its official numbers and revealed that mobile sports betting was the real winner. It is where most bets in July were made.

By the second week of July, the sum of mobile sports wagers was more than double of the previous week. In that week, the total betting handle was $2.6 million. $2 million was from mobile betting.

Out of the $15.8 million from July’s sports betting handle, West Virginia’s tax revenue share was about $133,777. This was much-needed revenue for the state at the time.

There were fluctuations on what people were betting on all through the month. At the start of July, there were plenty of options other than UFC and NASCAR events. However, all of this changed by the second week when MLB got back into action. It drew significant numbers for bettors in the state.

Even though there was a lot of good news for West Virginia in July, August had even more to offer. Interest did not wane and the return of the NBA made things even better. Sports bettors in West Virginia were very active and the West Virginia Lottery Commission reported significant growth.

According to their report, there was an increase in sports betting revenue every week in August. The main contributor of this increase was reopening of retail sportsbooks. Before then, only the Charles Town Casino Hotel, the Mountaineer Casino, and Racetrack & Resort were operational.

Charles Town brought in the highest betting revenue. On the first week of August, the sportsbook recorded a betting handle of $1.6 million. The betting handle was $1.9 in the next week and $1.8 million in the last week. The revenue in August was $205,454 for just one location.

Mountaineer earned $15,768 in revenue and Greenbrier earned $80,633 through the month. The Mardi Gras Hotel Sportsbook was opened in the final week of August. Its betting handle was $5,561.

The total sports betting revenue in West Virginia was $307,549.75. Most of the wagers were from the MLB and NBA betting.

With the NFL season just starting, Wheeling Casino Sportsbook reopening, the rest of the MLB season, and the postseason of the NBA, West Virginia’s sports betting market was expected to keep thriving.

With the continued growth, West Virginia got back onto the road of generating millions of dollars in revenue.

The market for sports betting has been on a month-to-month boom over the last few years. However, September experienced the biggest leap of them all.

The state recorded $76.9 million in wagers. About $59.247 million was from mobile and online betting. The betting handle in August was $40.4 million.

The revenue increased significantly as well. The state earned $4.60 million, a dramatic increase from the $1.97 million generated in August.

While the return of sporting events contributed to this boom, it was not the only reason for increased revenue. The launch of the William Hill sportsbook in West Virginia was significant too.

In September, most of the betting activity was online. The William Hill sportsbook gave many new players an opportunity to play for real money.

In November, there was a strong increase in the state’s sports betting activity. Generally, the betting handle went up by 8.7% and bettors wagered $48,532,221. This was a dramatic increase from 47.2 percent in November 2019. Mobile sportsbooks made a major contribution to this increase. Players wagered about 58.5 percent of the overall betting handle and $28.4 million at mobile sportsbooks. The numbers in November were 6.6% higher than in October.

The Mountaineer Casino remains at the top in regards to retails sportsbooks. More than $2.9 million was wagered at the sportsbook. In 2020, it has collected more than $11 million in wagers.

In conclusion, West Virginia now has official sports betting and online wagering has become increasingly popular. The state has earned lots of revenue from sports betting and the numbers continue going up. There are a few sportsbooks that have made that possible. Draftkings and FanDuel sportsbooks have become popular for their live sports. BetMGM joined them recently.

-
PREMIUM PICKS
Get more and win more!
Betrush Premium features some of our best tipsters and has delivered over 15,000 picks and steady profits since the start in 2011. We care about serious betting - no makeup, odds are advised exclusively with Pinnacle and the Asian market. Subscriptions are affordable for everyone, starting from just €9.90 per week and cover all picks and tipsters on the BP site
IN FOCUS
7 Online Casino Trivia You Would Want To Know, 22-01
Myths and Facts About Video Slots, 21-01
How Advanced are Live Casino Games?, 16-01
Least popular gambling games for winning and why, 16-01
Who are the Favorite Teams to Win the 2021 MLS Cup?, 14-01
The six greatest players in the history of football, 14-01
Online Casinos and Lockdown 2021, 06-01
Who are the best playmakers in football history?, 05-01
Looking for the Best CS: GO Gambling Site or CS: GO..., 04-01
Can You Cheat in Poker?, 31-12
West Virginia Sports Betting Revenues Continue to Rise, 22-12
Top midfielders scoring the most in the history of the..., 21-12
How Inter Milan Might Line Up Against Napoli, 16-12
How gambling has become popular all over the world, 15-12
Top 5 best football-betting news sites, 11-12
Where to watch the NBA, NHL, MLS, MLB and NFL live on TV..., 10-12
Best streaming applications you must have to enjoy live..., 02-12
Professional Betting Strategies on Horse Racing, 01-12
Top 5 Highest RTP Slots And Why It Matters, 26-11
Top Gambling Industry Problems Caused by the Crisis, 26-11
See more + -