xCloud on Windows 11: Why Are Tech Companies Turning to Cloud Gaming? 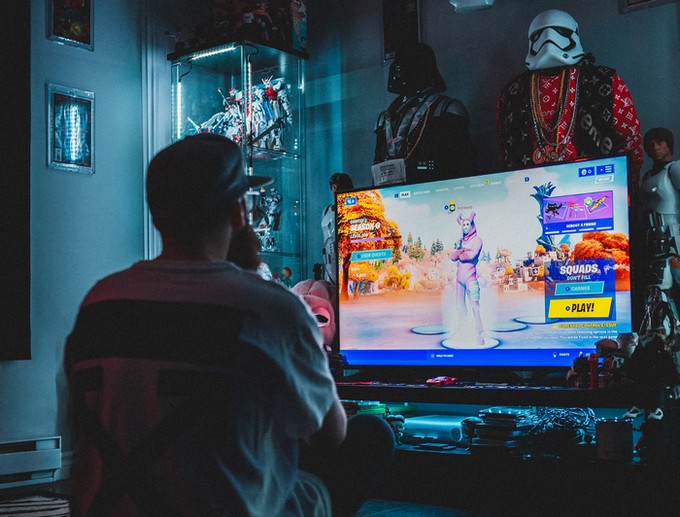 xCloud gaming stands for Xbox Cloud gaming, and experts predict it’s the future of gaming. Most people are aware of the cloud, but not cloud gaming. It’s a revolutionary cross-platform piece of software that aims to bridge the gap between gaming platforms - initially mobile and console gaming.

They initially released a preview version in November 2019 — initially trialing the ability to play Forza Horizon 4 on mobiles using an Xbox One controller — but the full version went live in September 2020. Subscribers to Xbox’s Ultimate Game Pass can enjoy usage at no additional cost.

On September 14, 2021, Microsoft released the software to its Xbox app for windows and Remote Play support from the console to the computer. Does this show a shift in gaming, and why are other tech companies using cloud gaming? Let’s explore.

What Is Cloud Gaming?

Cloud gaming is a way of remotely streaming games through a server. Although Xbox is in the headlines at the minute, it’s nothing new. It is, however, a rapidly developing technology that’s now worth talking about.

It doesn’t matter what context we use the cloud in; it serves to connect people remotely to anything from emails to gaming servers. The concept behind cloud gaming seeks to eradicate the future need for downloads, game discs, and even the consoles themselves - instead, gamers will stream a game just like they would a show on Netflix.

The first perk is obvious. Gamers don’t want to be confined to their room to play games, and mobile gaming — although its advancements are impressive — is just not the same. Cloud gaming allows you to play any game, anywhere. And, with PlayStation kick-starting the idea of connecting a console remote to another device, cloud gaming works better than ever.

Another perk? Well, anyone with a console or PC will know that, like any device, they age as the years go on. Even the most pristine console degrades over time. Cloud gaming removes that and removes the possibility of discs breaking or corrupting. There are endless perks to cloud gaming.

Other Tech Companies Following The Crowd

Microsoft is not the only company to use cloud gaming. And in fact, the idea has been around for over a decade, once plagued by economic and technological restraints that are no longer present.

One worth talking about is Google Stadia - a new cloud game streaming service that launched in November 2021. Gamers can use it on PCs with a Chrome browser, Pixel 3 phones, and a Chromecast Ultra Dongle. Google is advertising the service as capable of streaming videos in 4K resolution — as long as the device is compatible — and supports a high-dynamic-range using the various data centers.

Playstation Now is another example of cloud gaming. PlayStation dabbled in cloud gaming at around the same time as Xbox did, but the launch was not as successful. For a monthly subscription, gamers can access a library of games, similar to the setup of xCloud gaming. At present, the PS Now gaming library has nearly 1,000 games, although they’re not the most recent releases.

One thing is for certain - cloud gaming is arguably the next generation of gaming technology. Although realistically it’s in its infancy, the idea of playing console games remotely — and even connecting a controller to another device — was inconceivable 5 years ago. It’s exciting to watch the future of cloud gaming developing now.

Placing Your Premier League Bets: Hot tips for the..., 17-05
How to Stay Safe When Gambling Online, 10-05
The launch of LuckyCloverSpins.com in the UK, 09-05
Most Surprising NBA Stars of the Season So Far, 09-05
Gaming and Managerial Software: What Creators Offer..., 04-05
Best Free Slots With No Download And No Registration 2022, 04-05
Tips to choose a new online casino in Canada; How to win?, 29-04
Tips and Tricks on Betting on Bitcoin 2022, 29-04
5 Most Successful Female Poker Players in 2022, 27-04
Will This be the Closest Premier League Title Race Ever?, 21-04
How Cryptocurrencies Affect The Sports Betting Industry, 20-04
Game Shows and Live Dealer Games - A Perfect Match, 11-04
The New UEFA Competition Format, 01-04
1xBet Pledges €1m to Ukrainian Humanitarian Relief, 29-03
Premier League betting when seven into three doesn’t go, 29-03
Taking Advantage Of The Mechanics Of Sport Gambling, 23-03
Top Betting Tips for New Gamblers, 20-03
How to Choose the Best Betting Site in Pennsylvania?, 16-03
Online Gambling Skyrockets In Michigan - Revenue Reaches..., 10-03
The Safest Bets In Football, 04-03
Betting sites that allow you to keep your anonymity, 28-02
What Are The Biggest Sports Events For Betting?, 23-02
What Lies Behind the Curacao eGaming License Cost, 21-02
Ohio State Could Still Win Big Ten Championship After..., 18-02
The 5 Best NBA Teams Across All Seasons, 16-02
Sports Betting Tips for Beginners, 15-02
Which Are the Most Popular Sports by Betting Volume, and Why, 08-02
11 Reasons Why Basketball Fans Should Try Some Of The..., 08-02
How to become a sports betting millionaire, 08-02
Tips on basketball betting, 08-02
See more +